Battleborn is getting some sort of free trial thingy, but Gearbox insists it’s not going free-to-play. 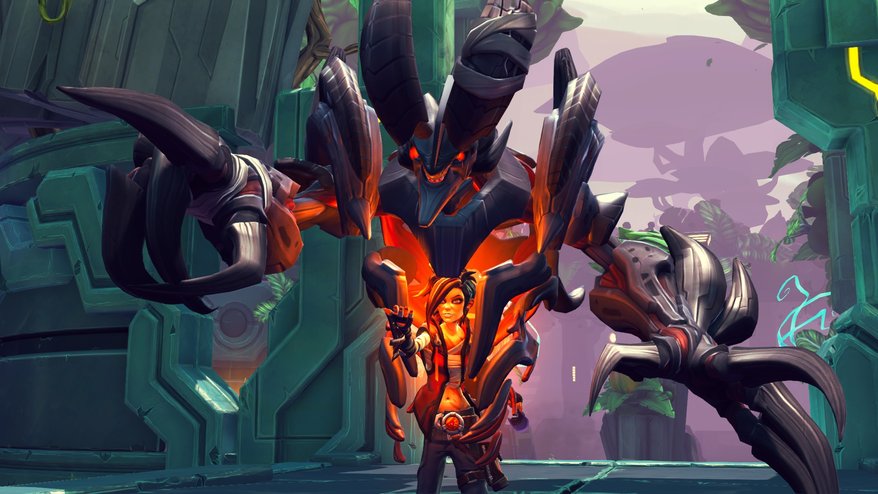 Battleborn has sort of fallen off the radar, which is a shame; it’s a really interesting mish-mash of genres and I had quite a nice time with it despite the migrainous learning curve.

Unfortunately it launched very close to Overwatch, and although the two games are more distinct than you might have heard Blizzard’s shooter sucked all the air out of the room, making things very difficult for everyone else that month. Combine that with the struggle every new IP faces, let alone one with so many new ideas, and well – it’s no wonder it’s had a rough time.

Those who do enjoy the game have argued Gearbox should take it free to play, like a MOBA – an idea that has many merits. Now Kotaku is citing an insider source for word that a free-to-play version is on the way.

Gearbox boss Randy Pitchford does not appear to appreciate this alleged leak, taking to Twitter to deny the news vehemently: Battleborn is not going free to play.

I was just told about a reckless story about Battleborn going F2P that is false. There are no plans to convert Battleborn free to play.

In a follow up tweet, Pitchford went on to say that there will be a free Battleborn trial.

We have some unannounced plans to do a trial version of the game that would be free and from which retail can be purchased along with DLC.

Then in a later exchange with Kotaku Pitchford denied the free trial will be a timed demo. So it sure does sound like there’ll be a version of Battleborn which is free to play, doesn’t it?

Clearly Gearbox isn’t ready to talk about this yet, and no wonder – with a free build on the horizon, potential Battleborn players are likely to hold off rather than buy now. This is probably one of the reasons why games PR is so tightly locked down, but where your sympathies lie probably depends on how many times you’ve shelled out for a product which has then rapidly undergone a free-to-play conversion.