Watch Dogs finally has room to let its ideas breathe in its sequel, and it seems to be shaping up well as a result. 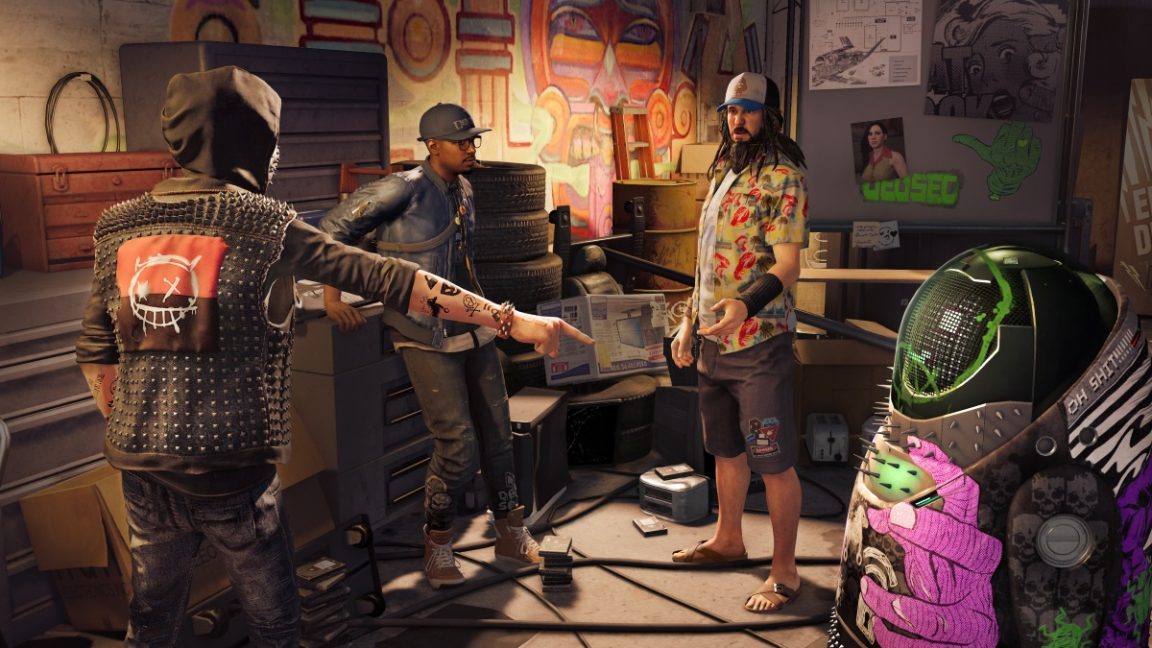 “Watch Dogs 2’s world actually feels livelier. It feels like there’s a lot more for players to do there immediately; that lesson has seemingly been learnt from the first game.”

In spite of its many flaws, I really rather liked the original Watch Dogs. The game was ambitious and clearly had strong ideas from both a narrative and gameplay design perspective. It perhaps had too many ideas and not enough time – it suffered from a lack of things to do in its open world and of course suffered greatly with fan outcries around a visual downgrade thanks to heady targets for what the current generation of consoles might be able to produce and the reality of what they actually could. I never did finish Watch Dogs completely, but I played enough to pique my interest in the series at large.

A couple of days ago I got to head to a Ubisoft event and play Watch Dogs 2. This was something I was particularly curious to do because when I think about how I feel about the first Watch Dogs it seems to run parallel to the original Assassin’s Creed; an all-new game from Ubisoft arriving early in the generation that wowed at trade shows but ultimately didn’t quite deliver on its promises in its final release.

Assassin’s Creed laid a solid groundwork that was really made to fly in its sequel, and so I’m wondering can Watch Dogs 2 be that to this new Ubisoft series? That was what I went into this hands-on session keen to explore, so let’s talk about that.

I played Watch Dogs 2 back at Gamescom and had a lot of fun with the competitive co-op mode that was shown off there but also found the game’s performance to be extremely uneven indeed. This little extra development time has made quite the difference, because when I sat down with this latest build of Watch Dogs 2 it felt like a complete and polished experience.

It’s true there’s still those occasional classic instances of the open-world jankiness that one expects from the genre – weird texture pop-in, physics strangeness and all that – but this seems like it’ll be a fairly tight package based on what I played.

Better than that, though, is that Watch Dogs 2’s world actually feels livelier. It feels like there’s a lot more for players to do there immediately; that lesson has seemingly been learnt from the first game. There’s a lot of open world racing to be had, for instance – with regular vehicles like bikes of course, but also with your super special hacker drone device if you’re so inclined. For a while, I just channelled a bit of my GTA3 heyday and did some taxi missions. I didn’t even get to test out the co-op missions that are scattered across the map – they’re best with other players but can also be tackled alone.

Most fun from the sandbox perspective were the various prizes and pick-ups dotted around the map. Some were in the open, but others were inside restricted areas that were marked red on the mini-map. These areas might be under the control of gangs or the police, and so getting in to nab the collectable often becomes an interesting challenge in itself, like a mini version of a full-blown mission. 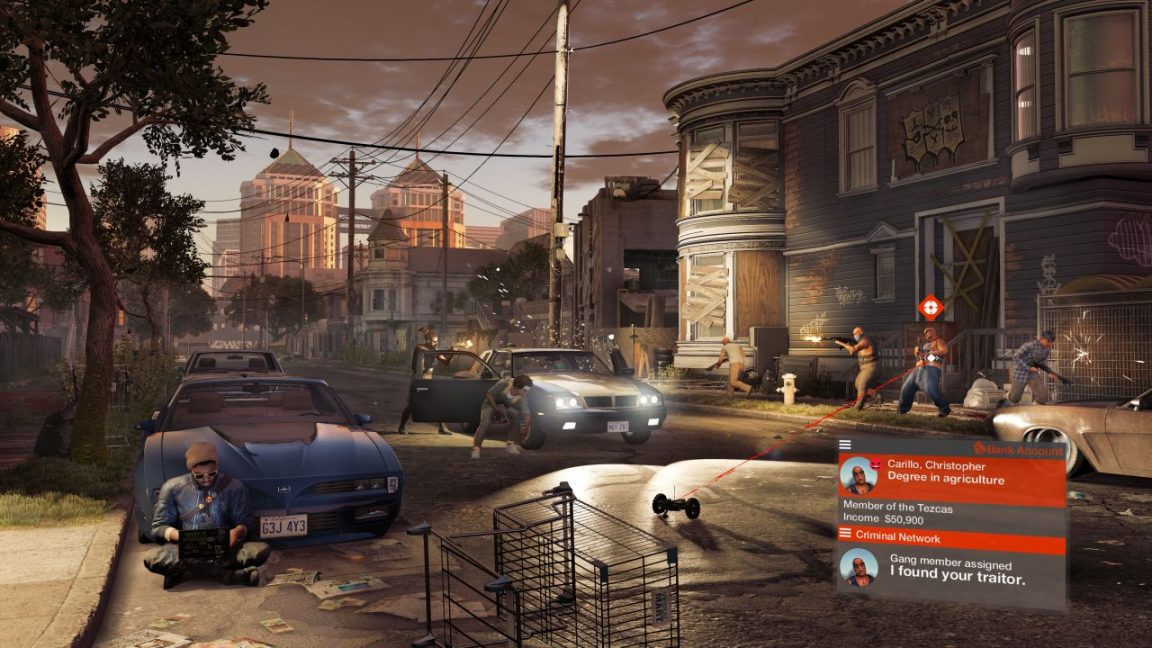 The big headline is just that broadly speaking Watch Dogs 2 feels much more mechanically accomplished than its predecessor. Everything feels that little bit tighter and better to use. This in itself is a big win for the game, because the improvement in those systems means that simply tooling around the open world aimlessly and messing with NPCs by hacking them and the things around them is a great way to burn time. This alone gave me more to do, and that’s without the range of extra missions that are now available.

I had a blast just messing with NPCs and being a dick. I’d fake a police report on somebody so they’d be arrested, then deliberately make a car run over that person and the cops mid-arrest. I only really feel bad when I accidentally kill a dog. Obviously.

Most interesting to me about my time with Watch Dogs 2 is how the game actually offers some fairly convincing stealth action. Don’t for a moment expect Metal Gear, but I made an effort to exclusively sneak in a few of the story missions I played, taking guards out quietly and using both my drones to sneak, scout and hack ahead before heading in myself.

The game seems to actively encourage this since you’re really rather fragile when under fire. I found it much more palatable to hack cameras and then skulk past them, or use my jumper drone or flying drone to deactivate security from afar before confidently striding into a restricted area. It feels good.

The drones are really fun to use, too. After the hands-on I learn from another member of the press that I missed a trick – you sit down and use your laptop when using your drone, but you can also use your drone to take control of certain vehicles. This means in theory you can sit down on top of a car with your laptop out and then hijack that car with your drone and drive a car around the city while sitting on top of it. This is where the game clicks. It’s dumb, but I’m fine with it.

I’m already liking Marcus, Watch Dogs 2’s new protagonist, far more than the iconically-capped Aiden from the first game. He’s surrounded by some fun, colourful types. It’s hard not to look at them as weird hipster douches, but they’re interesting. There’s a great scene after one mission I play where they all celebrate their hack by getting wasted drunk in their underground lair, which is (quelle surprise) beneath a nerdy board game and action figure store. They’re characters I’m curious about getting to know better.

Whether Watch Dogs 2 will end up being an Assassin’s Creed 2 style leap is still unclear. AC2 was a hell of a jump. After a couple of hours with the game however, I’m now far more interested in it than I was before. For me it’s now something I absolutely need to play – I want to see how all this pans out. I also want to try that sitting-on-a-car thing.