“If you play Minecraft: Xbox 360 Editions, his is the perfect bundle to make the upgrade to Xbox One S,” says Microsoft. 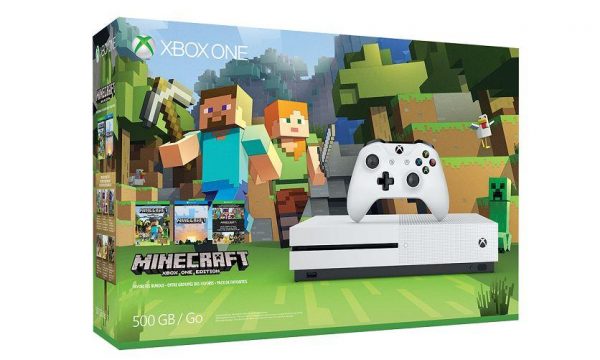 Microsoft has unveiled a new Xbox One S bundle – the Xbox One S Minecraft Favorites bundle.

“If you play Minecraft: Xbox 360 Edition, this is the perfect bundle to make the upgrade to Xbox One S. You can transfer your existing Xbox 360 worlds over to the Xbox One Edition, and enjoy building new ones that are up to 16 times bigger.”

If you’re in the U.S. or Canada you can pick up the bundle right now.