The killing of Harambe has somehow gone from meme to full-fleged parody fighting game. 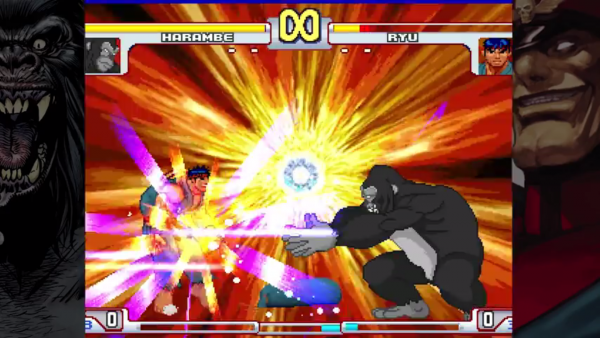 Harambe Vs Capcom turns tragic story into a parody game

Meme-worthy as it may be, the killing of the gorilla Harambe remains a senseless, controversial, and tragic story. Yet this being the internet, the response is mostly just silly – the latest example being a full-fledged parody game which places Harambe in a shared Street Fighter/Capcom universe.

The story campaign (because of course this needs a story campaign) follows a psychically-powered Harambe who is warned of a shadowy conspiracy plotting his murder. In response, Harambe fakes his death to throw his opponents off the trail before traveling the world, fighting or allying himself with Ryu, Ken, Hugo, Shin Vega, and other Capcom personalities.

Setting the premise aside, the animations actually aren’t bad, making Harambe Vs Capcom an intriguing diversion for anyone needing a break from Capcom’s offical fighting games. You can play it for free at this website.

Of course, if you want to support Harambe’s memory beyond simply playing a game, you could always donate a conservation program attempting to protect their lives. Although you probably won’t find any fighting games on their web pages.