A few developers at Obsidian have created a lovely Star Wars fan project using Unreal Engine 4, and it is rather stunning.

The project came about as an “excuse” to learn Unreal 4, and the result is a detailed 3D rendition of the Millennium Falcon and Mos Eisley. You know, scum and villainy and all that.

“This is a just-for-fun personal project that we are all contributing to for no reason other than we are all a bunch of super Star Wars fans and thought it would be a good time to jump in and produce a quality fan art project,” said Jason Lewis, senior environment artist at Obsidian.

“In addition to just being a bunch of super Star Wars nerds, several of us have been wanting an excuse to learn Unreal 4 for some time now, so we figured that this was a perfect opportunity.”

Lewis said the project was born from him wanting to build a 3D Millennium Falcon and morphed into the “most highly detailed real-time Falcon,” with a few liberties taken.

“Originally it was just going to be the Falcon sitting in Docking Bay 94 so I could run around and look at it in real-time,” he said. “Then I thought it would be neat to add the interior to the docking bay, and then maybe some of the surrounding Mos Eisley city, then I thought, ‘let’s put the Mos Eisley Cantina in as well!'”

A full set of images can be found through Lewis’ blog post which also details almost every aspect of the project’s development is posted over on 80.lvl (thanks, PCgamesN).

Also, you can download the interactive art through various mirrors posted in the description of the Millennium Falcon YouTube video above, which is part three in the series.

Other videos of the project can be found through the following links from Lewis’ YouTube Channel, and there are even more posted than what is linked below.

Obsidian has said multiple times it would love to make another Star Wars game, and the subject of Knights of the Old Republic 3 comes up in discussions every “three to six months.” The game was even in pre-production at one point. 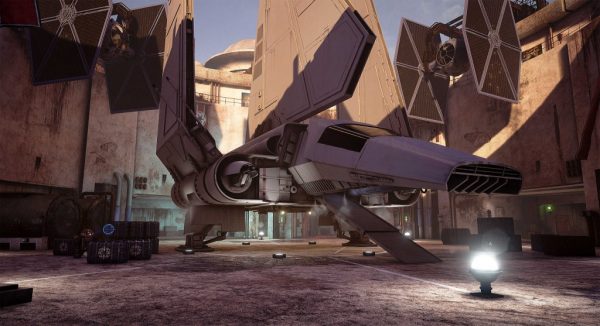 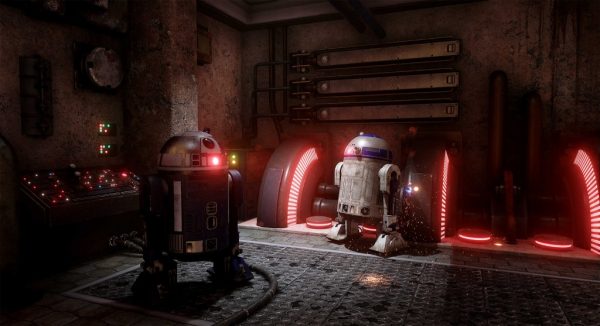 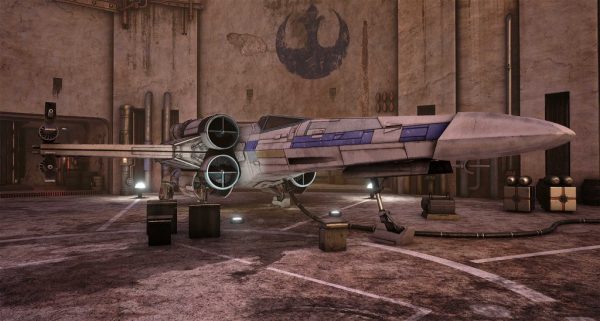 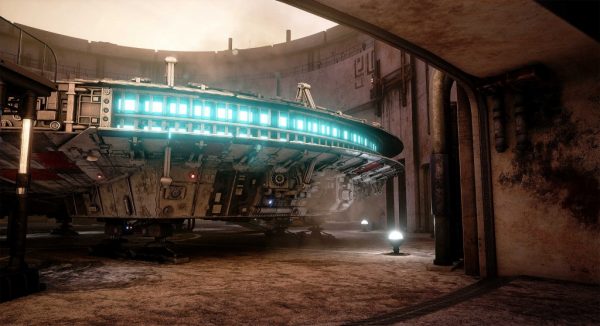 Seeing the videos and images above have us itching for a new KOTOR from Obsidian, or even a new Star Wars RPG outside of KOTOR from the studio.

But with EA holding the 10-year publishing rights to the franchise and its own studios (BioWare, DICE, Visceral) along with Respawn Entertainment working on various Star Wars projects, it’s unlikely to happen any time soon.

The game Amy Hennig and her team at Visceral are working on isn’t expected until sometime in 2018. Hopefully, EA will finally give us a look at it early next year.