We now have a solid release date for Shadow Warrior 2. 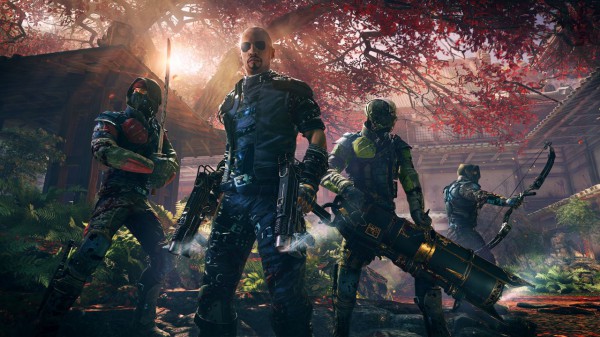 Flying Wild Hog and Devolver have announced the release date for the PC version of Shadow Warrior 2. The game is due out October 13 on Steam, GOG, and Humble, priced $40/£35/€37.

The deluxe edition, priced $50/£45/€47, includes the soundtrack, the Art of Shadow Warrior 2 digital book, and a pack of three gold skins. These are the gold ninja skin, gold katana, and a gold MP7.

Shadow Warrior 2 is the expanded sequel to the 2013 remake, and features four player co-op and more open levels.

The PlayStation 4 and Xbox One versions will be released early next year.