Ogling at women’s bodies taken to a new level. 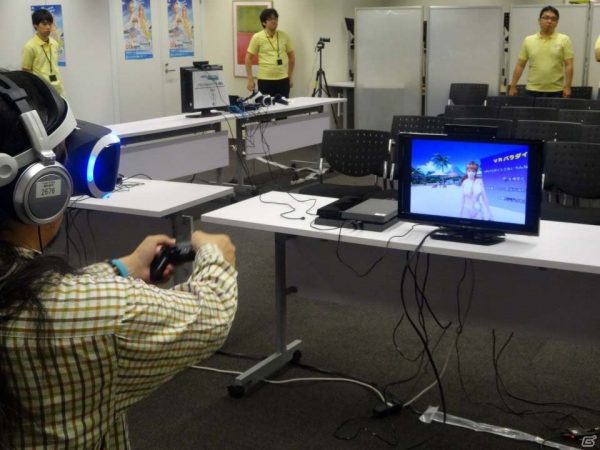 Later this year, Dead or Alive Xtreme 3 will be updated with a new mode that supports PlayStation VR. The mode, as you may have expected, basically allows you to carefully examine the bodies of the various models in the game.

As reported by Siliconera, there’s a bit more to it than that. The new mode is called VR Paradise and consists of Event Paradise, Gravure Paradise, and Photo Paradise.

In the video below, you can see a player taking a detailed look at Kasumi, one of the characters. More models are available, too, such as Honoka and Nyotengu, and you can dress them up in nine different swimsuits.

Amusingly, the video (via Gamer.ne.jp) also cuts to the player for a few seconds (in the real world), and he really seems to be enjoying himself as he tries to reach better angles, probably.

The site notes that this mode won’t allow you touch the models. This update is among the launch titles of PlayStation VR, due out October 13. This mode, and the game itself, are only available in Japan and Asian territories.