In the latest issue of Famitsu, Final Fantasy 15 director Hajime Tabata states that the RPG contains “both open-world and linear parts.” 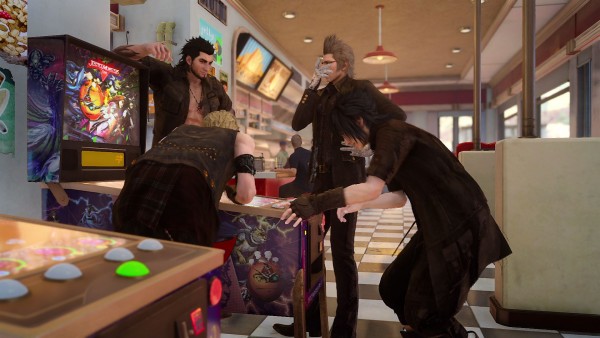 The Japanese magazine was able to play up to Chapter 3 of the game, which is around 15% when Chapters 0-15 are factored in.

When Famitsu asked if the rest of the game would remain consistent with what it had played, Tabata replied that the second half of the game isn’t open-world, but instead has a linear path.

“The entire game structure for Final Fantasy 15 consists of both open-world and linear parts,” he said, via Siliconera. “The first half keeps going as an open-world, but the story in the second half is led by a linear path.

“That way, you won’t get bored of an open-world as the rest of the game tightens, so we made it in a way that you’ll also get to advance through it as you have in conventional Final Fantasy games.”

Tabata said the estimated play-time for the game “sits at around 40 to 50 hours” if the first half and only the “main route” of the second half are played.

Alex was able to spend some time with the game before the delay was announced, and if you missed it, be sure to give it a read through here.

Final Fantasy 15 will be released worldwide on November 29 for PlayStation 4 and Xbox One, after originally being slated for September 30.