Next month, you and your friends can grow magnificent beards together when Klei Entertainment finally releases the multiplayer version of their roguelike, action-adventure title Don’t Starve. 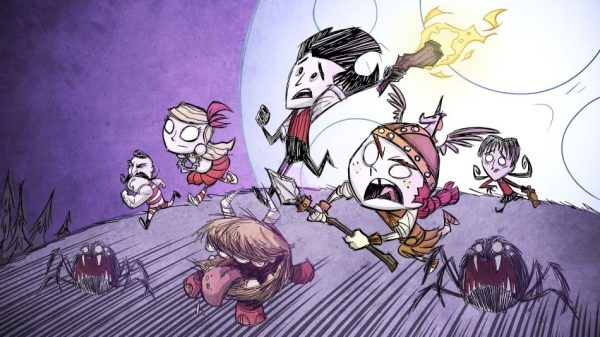 Along with the release of Don’t Starve Together on PlayStation 4 next month, the developer will also release the Don’t Starve Mega Pack, which will be 60% off for players who already own the base game.

This means if you already own Don’t Starve, or grabbed it as a PS Plus title, the extra content will run you $10.79. For everyone who doesn’t already own the first game, the Mega Pack will run you $26.99 which is comparable with the price on Steam.

The Mega Pack will include the entire Don’t Starve PS4 catalog and two themes:

If you enjoy roguelikes and haven’t played Don’t Starve, you are really missing out. And the Shipwrecked and Reign of Giants DLC? Both are fabulous. That is just my opinion though.

If you are into mods, there’s tons of great content available through the Steam Workshop – if you are interested in getting the PC version.

I haven’t jumped back into Don’t Starve Together since it first entered Steam Early Access, and I probably should. I have a least one friend who plays it: maybe I can convince others to join me. I am rather good at it after all, if I do say so myself, so I would be of some benefit at least.

Okay, enough of my gushing over the game and bragging on my ability to survive Hound attacks in Sandbox Mode. At least 80% of the time.

Don’t Starve Together and the Don’t Starve Mega Pack will be released for PS4 on September 13.