The fan response to the Titanfall 2 technical test wasn’t as exciting as Respawn had hoped, and some changes are being made. 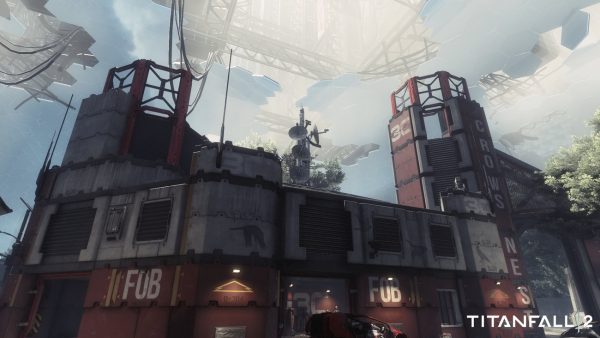 The first Titanfall 2 technical test beta took place over the weekend. Since then, negative reactions to changes developer Respawn made in the sequel have greatly outweighed positive ones.

Concerned fans brought up a number of key points they felt needed to change, and the developer has taken to responding to many of them in a new blog post.

How slow pilot movement feels compared to the first game is one of the big issues players raised. According to multiplayer designer Steven DeRose, pilot movement speed was slowed down to make firefights more skillful. “A lack of player predictability would often cause players to be shot from the back or sides,” he noted.

“While flanking is an important part of gameplay death often felt random instead of skillful.” In response, pilot speed in the air and while wall-running will be faster, and Respawn is further testing scaling back some dampening factors that were put in place to limit bunny-hopping, but had a negative effect on normal traversal.

You may have noticed that you no longer have a set timer for when your Titan will be ready, a big shift from the first game. Instead, you now build up your score until you can call in a Titan. Players who weren’t very successful at capping objective would get their Titans very late in the game.

Respawn still wants objective play to be the fastest way to earn Titans, but it also aims at guaranteeing a Titan per match for each player. Because of this, you’ll now gain a small amount of score added to your Titan meter every few seconds.

Titan survivability is another concern among players, as they now appear to go down easier than they should. DeRose noted that the limited content in the beta severely affects player perception of this issue, as many defensive packages for Titans are not available. Respawn is closely monitoring this area, but believes the current battery system rewards teamwork better.

The amount of damage many weapons deal to Titans has been adjusted, however.

Titan mobility is more limited in the sequel, too, thanks to Respawn’s reduction of the number of dashes available to the various Titans. You can still get an extra dash, but you’ll have to sacrifice one of your kits to do so. “The Tech Test build, however, doesn’t include our fastest Titans. Despite our confidence in our top-end speed, we have heard your feedback that Ion and Scorch feel too slow,” DeRose said.

As a result of feedback on this, Titan dashes will now recharge faster.

Map design is yet another big concern among players of the tech test. Homestead in particular offers many wide open spaces and less wall-running spots than what players are used to. Some took this to mean this same design will carry over to other maps. This isn’t the case, according to DeRose, and Respawn will demonstrate this by showing more traditional Titanfall maps in the coming weeks.

Player HUD has caught its share of flak as well, with many calling for a less-cluttered and less busy presentation. “At launch, Titanfall 2 will have menu options that allow players to turn these features on or off based on their individual preferences,” the update adds.

The orange outlines you see around friendly and enemy Pilots is staying, as Respawn feels it plays an important role in identifying friends from foes. The distance at which enemy outlines fade in will be adjusted, to make it harder to reveal pilots at extreme distances.

You’ll be able to see some of these changes in the upcoming second phase this weekend, while others will be changed in the final game.