We may never know what lead to the cancellation of Allison Road, but we may not need to, as the game is back from the dead. 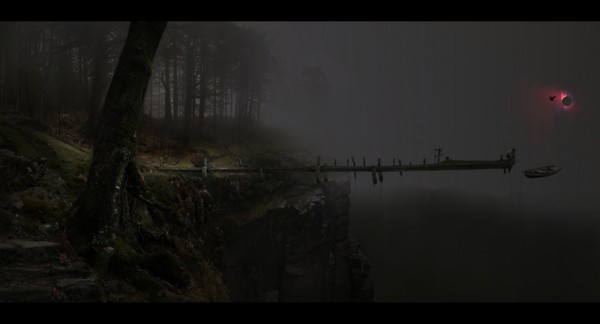 Allison Road, the indie horror project inspired by Silent Hills’ P.T., took to Kickstarter shortly after Silent Hills was cancelled, only for the campaign to be halted before reaching the goal.

Developer Lilith later revealed that publisher Team17 had picked up the game. This honeymoon didn’t last long, and the deal was later terminated taking down the project with it.

Neither the publisher nor Lilith could offer compelling reasons for what happened, and they may never have to. Allison Road is now back in development under Far From Home, a new studio headed up by Christian Kesler, the project’s creator. Speaking to IGN, Kesler confirmed to the site that the development will continue once again.

“I’m actually really happy to be able to announce that [Allison Road] will continue. It did take a bit of soul searching to find the drive again to work on Allison Road and to simply make a call on what to do next,” he told the site.

“After the set back, I took a bit of a break from working on it and re-evaluated all the work that had been done so far — the whole journey, so to speak. I started making a few (in my opinion) necessary changes to the story and the flow, little bits and pieces here and there, and before I knew it, it sort of naturally came back to life.”

Kesler is working on the game alone, just like the project had originally started, but said he could hire other developers if “new features and mechanics are required, or old ones need changing.”

Kesler did not reveal a target release date for Allison Road, or what any of the changes done to the game are. Though since he’s working on the project by himself, development updates will likely be few and far between.