Precisely when Deus Ex: Mankind Divided unlocks, assuming you have it pre-loaded. 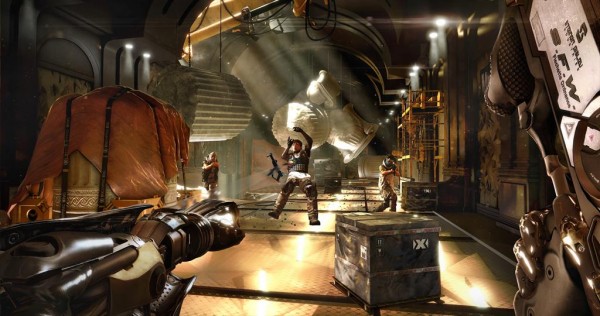 Square Enix has made the pre-load for Deus Ex: Mankind Divided available fore a few days now on PC and consoles, for those with digital pre-orders.

If you have indeed pre-ordered the game digitally and all files are currently sitting on your hard drive, then you need to find out when they’re going to turn into a game you can actually play. The publisher revealed the full unlock schedule earlier on Twitter, for all regions.

PC players have to wait the longest, as the game will unlock for everyone at a specific time, regardless of region. Which is going to be 9am PDT/12am EDT/6pm CEST/5pm BST.

See below for PlayStation 4 and Xbox One launch times.

So there you have it, PlayStation 4 and Xbox One players in Europe are just a couple of hours away from being able to play, while PC players will have to wait until tomorrow.