Fans who splurged on the most expensive version of Final Fantasy 15 will have to pay more for the full experience. 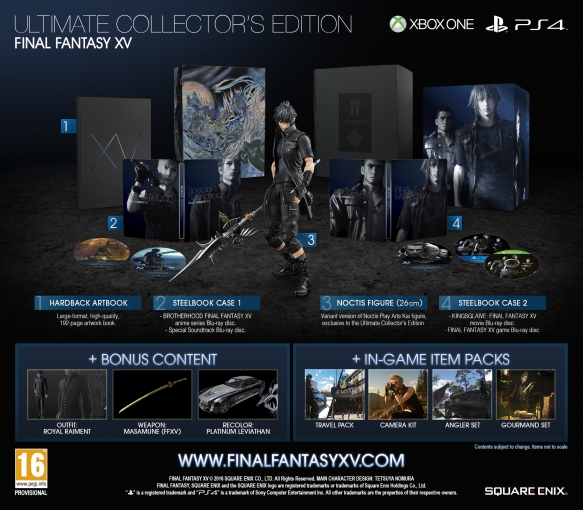 As reported by Gamespot, during a Q&A session at Gamescom hosted by director Hajime Tabata and art director Tomohiro Hasegawa, it was revealed that the Ultimate Collector’s Edition of the recently delayed Final Fantasy 15 does not come with the season pass.

This edition comes with all kinds of fancy extras, and is already sold out worldwide (with no possibility of more being made, apparently), will not come with the season pass, which grants players access to six additional DLC packs.

We don’t yet know how much the season pass will cost, but Gamespot’s report points out that it’s included in the $85 Digital Premium Edition. With this in mind, the Ultimate Collector’s Edition and the season pass combined should cost around $300 (assuming that anyone excited enough about Final Fantasy 15 to buy a $270 edition of the game is going to want all the content).