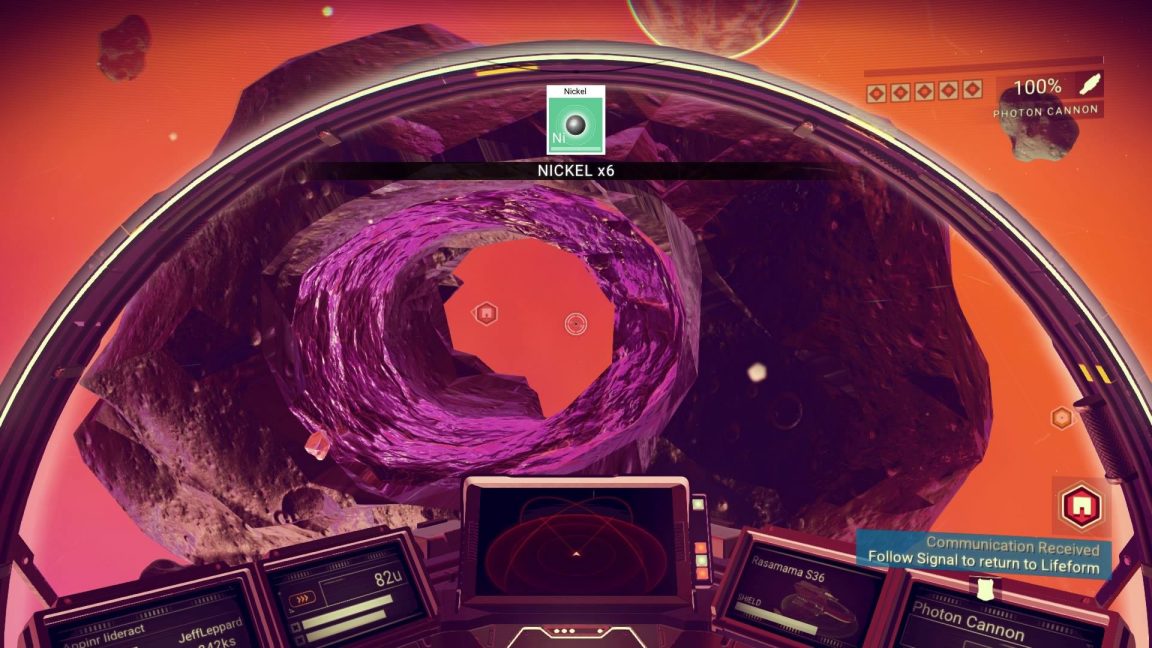 No Man’s Sky: 11 essential tips to survive, farm and thrive in space

No Man’s Sky is equal parts fantastic and frustrating. It rewards patience, exploration and experimentation, but at the same time can be obtuse and fiddly, where you’ll spend as much time in menus as exploring the thrilling vast void of space.

It’s important then to quickly understand the basics and set yourself goals rather than wander around with your head in the (poisonous gas) clouds. Here are eleven essential tips to enrue you’re quickly maximising your time in space and discovering the wonders of the universe. 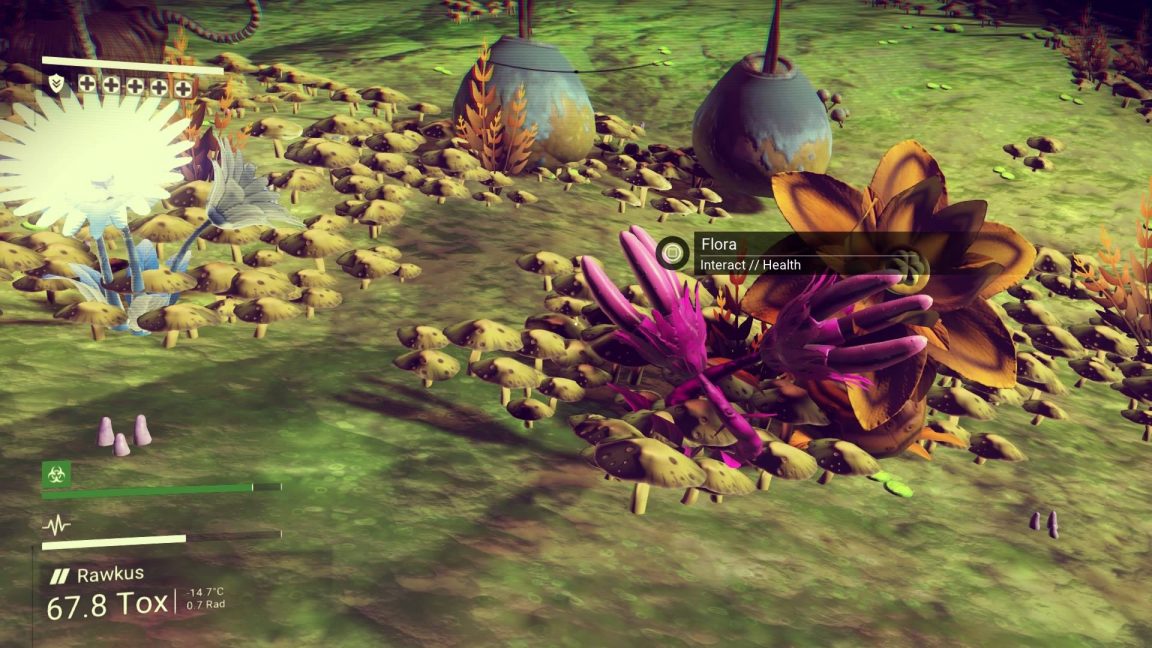 01) Gather resources and fix your scanner

Although the tutorial doesn’t prompt you, your first task in No Man’s Sky should be to fix the scanner on your Multitool. This will make it much easier to find the resources you need to fix and power your ship.

Once you’ve got the goods, you’ll be able to tap L3 to activate your scanner, which will highlight different resources, making the tutorial tasks easy peasy. That’s assuming you survive, of course, which brings us to… 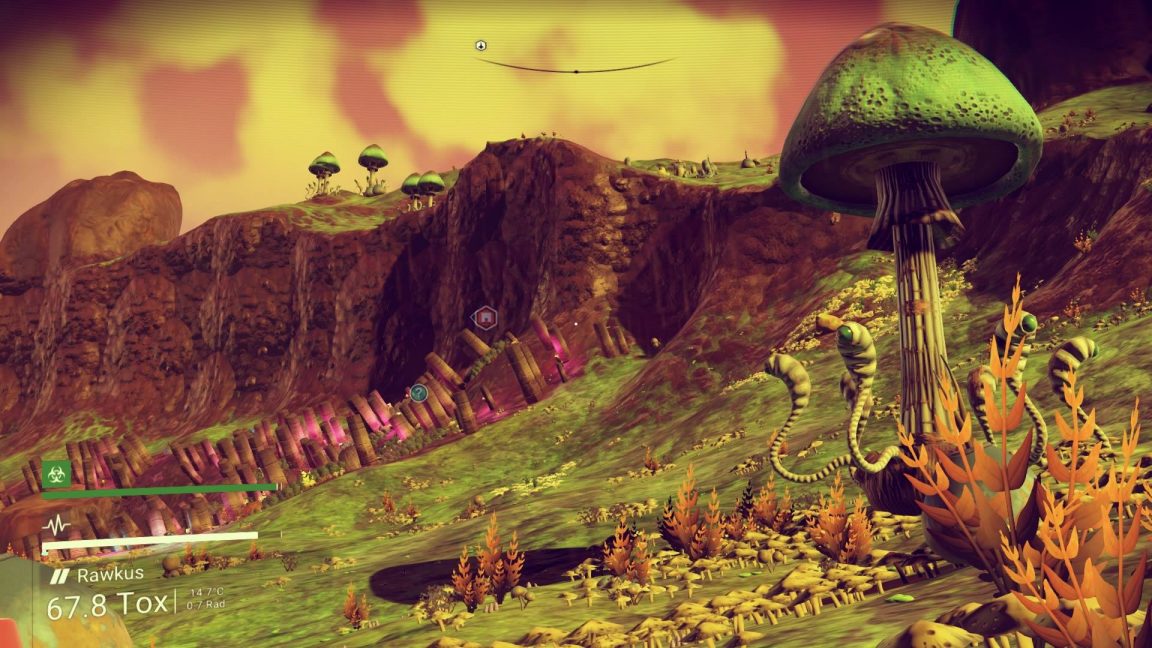 02) Surviving on a planet’s surface

Many planets in No Man’s Sky have a poisonous or otherwise hazardous atmosphere. Your suit protects you, but its defences can only cope so long.

To recharge your suit’s Hazard Protection, you can either find a Shelter and wait it out, or consume a few common resources. Enter the Exosuit menu and click on the Hazard Protection slot to spend a bit of Zinc or Titanium. You also need to power your Life Support periodically, but you can use Carbon for that.

There are other dangers on the surface: watch out for long drops, and use your jetpack carefully. Watch out for hostile monsters marked with a claw sign, and don’t aggravate the Sentinels by mining or destroying structures and animals in front of them (more on that later). 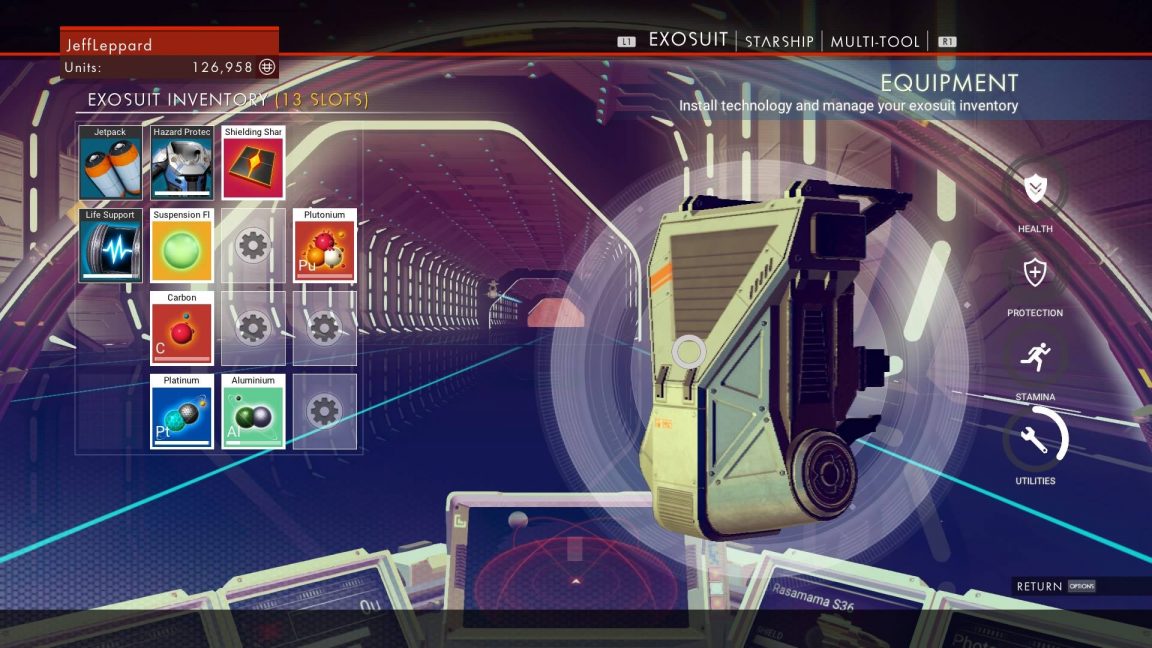 It’s important to gather up lots of resources in No Man’s Sky. In the early game you’ll be focused on Carbon and Iron, but don’t ignore the other stuff lying around; in a few hours time, you’ll be very glad you held on to any Zinc or Heridium you found, and you can always trade away any surpluses to buy the things you actually want. Don’t hold on to multiple stacks of common resources though; hoarding is not your friend here.

If you’re on a hazardous planet, it’s very important to always retain a few basic resources such as Carbon, Zinc and Titanium in case your Multitool or Hazard Protection runs low. That said, it’s also important to keep one inventory slot free in case an alien offers you an item. 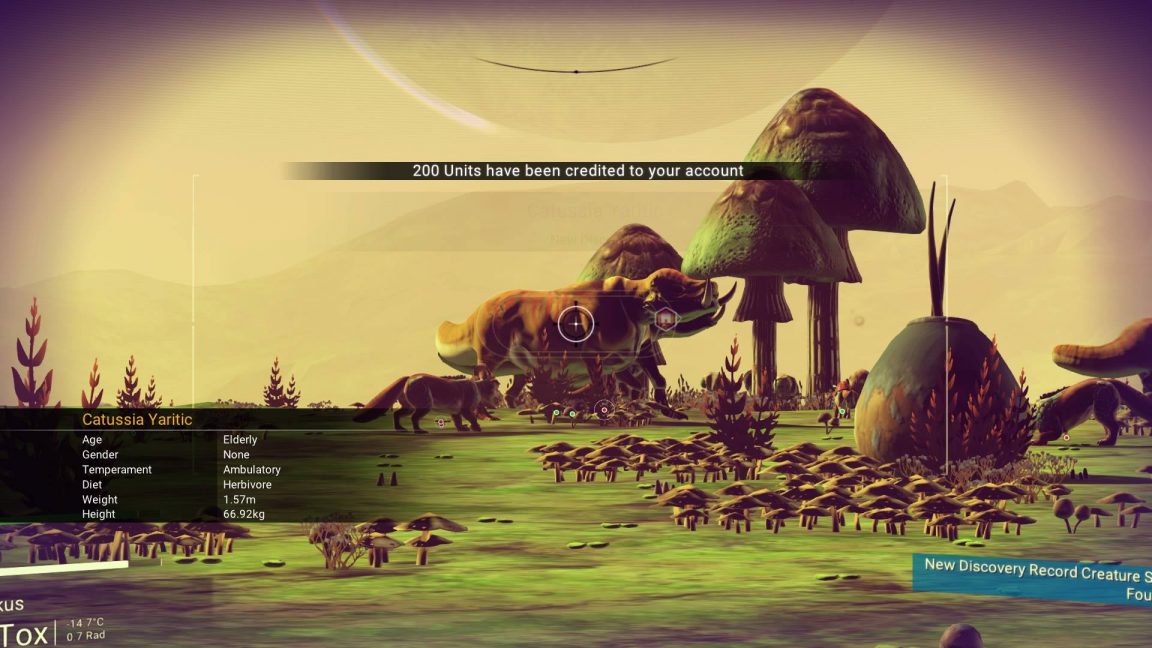 Got your scanner? Capable of surviving whole minutes at a time? Good: get out there and find 25 Iron (mine some rocks!) so you can repair the Analysis Visor. Once you have this baby equipped, you can zoom in on plants and wildlife with L2 to analyse and record them. Dots on the screen while using the Analysis Visor indicate animal activity. Red dots are animals you haven’t yet recorded, while green ones are old friends.

You can then upload these Discoveries, earning Units (money) and the chance to name them. Complete all possible Discoveries on a planet for a nice fat bonus. Visit the Discoveries tab and press Square on a found item to initiate.

Discoveries are a really big part of No Man’s Sky, and as long as you’re playing online, your Discoveries will be recorded for other players to see, too. If they ever reach the same planet, of course. 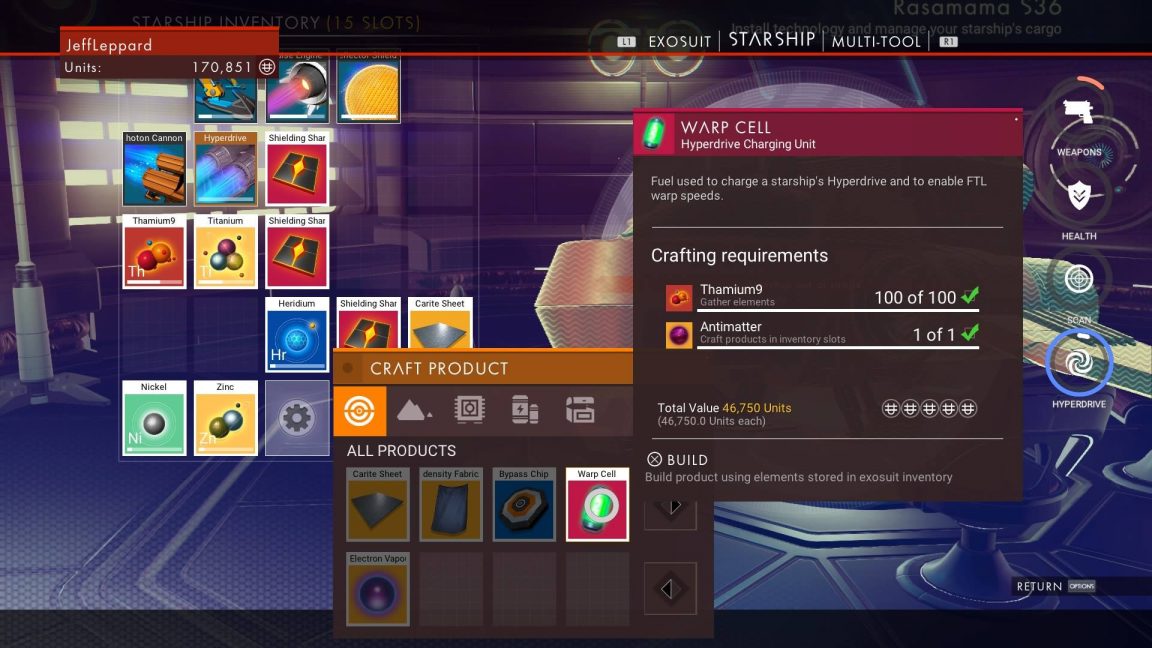 There are two different kinds of items you can craft in No Man’s Sky: Technologies and Products. Put your cursor on an empty slot and press Square to craft a Product, or X to craft a Technology.

Products are kind of like refined resources; you’ll need to gather a bunch of basic stuff to produce them, and then you can put them to use as fuel or components for more advanced crafting. Technologies are upgrades for your Multitool, Exosuit and ship. You’ll need Blueprints and rare materials to craft the best ones. You only have a limited number of slots for upgrades, and every upgrade you install is one less available inventory slot – so choose wisely.

Blueprints are found all over the place: you can obtain them from aliens as quest rewards, or pick them up from all sorts of loot caches on planets, like the Multitool machines in structures.

One of the best early upgrades is the Boltcaster, which converts your mining beam into a gun. Press Triangle to switch between the mining beam and Boltcaster. 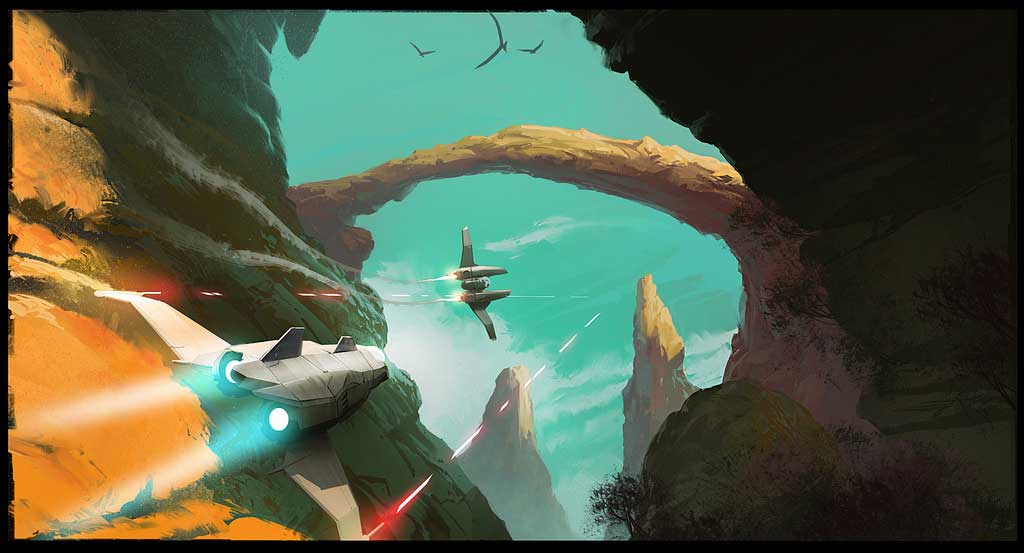 To save your game in No Man’s Sky, visit a Beacon – the posts marked as waypoints when you approach a point of interest (a blue question mark).

It’s a good idea to visit a Beacon on a planet before jumping to a new system, just in case. That said, you mustn’t think of saves as a get-out-of-jail-free card. If you reload a save, it counts as a death, and you’ll reset your “survived for” tally.

By the way, you’ll need to trek back to your corpse after a reload or death to collect anything you were carrying at the time. Like Dark Souls, if you fail to reach your corpse, you’ll lose those items forever.

There’s always something interesting and worthwhile near Beacons – buildings, loot caches, map beacons and more. If you’re on foot, look for terminals where you can spend a Bypass Chip (easily crafted with common resources) so you can bring your ship to you from a distance. 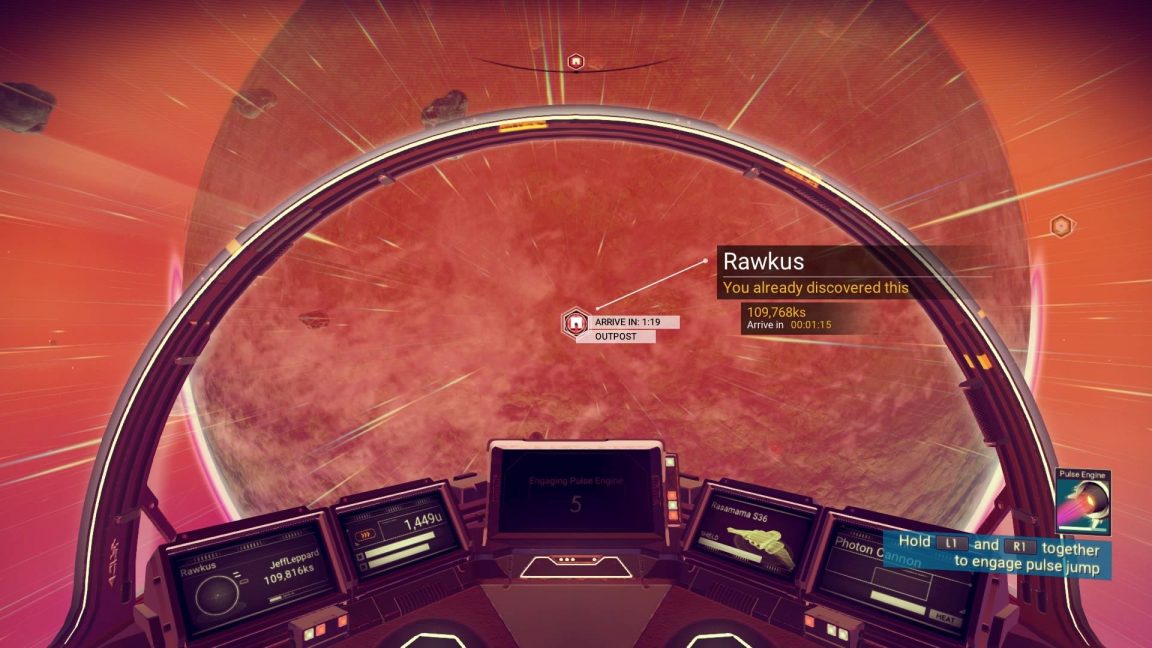 07) Flying and landing your ship

Once you’ve gathered enough materials to get your ship into orbit, you’ll find you have two travel options – Thrusters or Pulse Engine. The latter uses Thamium9, but it’s worthwhile for anything more than a few minutes away if you’ve got some lying around. (Here’s our guide to farming Thamium9).

You can take advantage of Pulse Engines planetside, too; if you want to travel far from your current location, head to orbit, move around closer to your goal, and bring ‘er down again.

When landing your ship, hold Square and let go of the other controls to let the auto-pilot set you down; it generally does a better job than you will. Be very careful it doesn’t put you down on a tree or a spire of rock, though; if you get stranded on the ground with no way back to your ship, you’ll soon regret it. 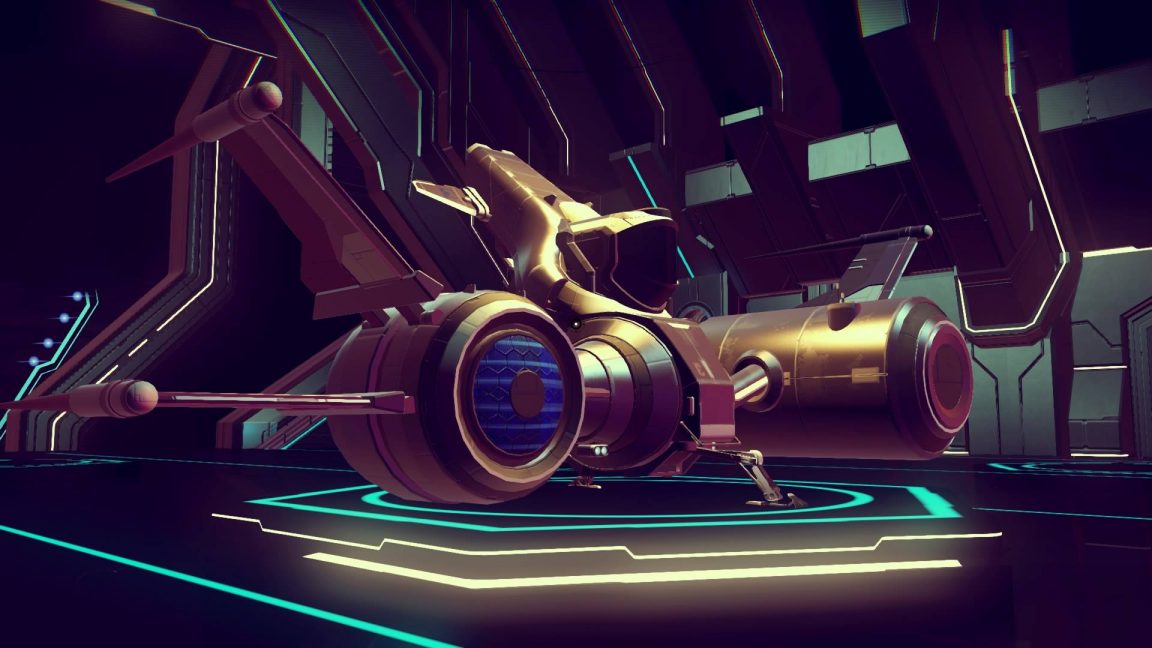 You love your starting ship, but when you see what else is out there you’ll probably change your mind in a hurry: bigger, fancier ships have larger cargo holds. Worr.

There are a couple of ways to obtain a new ship. The most straight forward way is to visit a space station and ask if the owner of a parked ship wants to sell. Unfortunately, these don’t come cheap – you’ll want to be pretty flush in the pocket to do this.

A cheaper but slower method is to repair crashed ships found on a planet; you can even farm ships to get a 48-slot inventory. 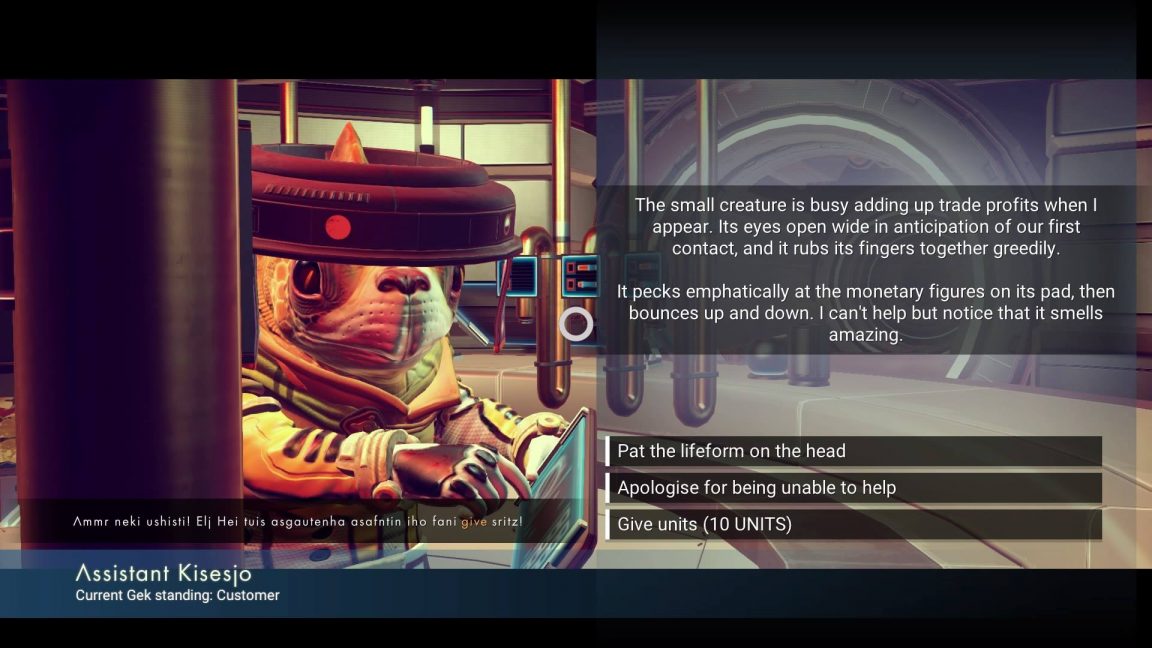 There are multiple alien races in No Man’s Sky, and when you first meet them, they seem to speak gibberish. You’ll need to master their languages to understand what’s being said.

There are a couple of ways to do this. Analyse any monoliths or monuments you find on planets and you’ll often be rewarded with a word. Completing quests and task for aliens sometimes rewards you with a new word, and once you’ve completed an alien’s quest, you can spend 20 Carbon to repeatedly ask them for help. They usually offer a new word every second interaction. (If you run out of Carbon, raid the pot plants.)

Quests aren’t very complicated: you usually have to hand over a resource or pick one of a couple of possible actions. If you don’t have the best resource on hand, or aren’t sure which option to pick, press Circle to back out and try again later.

Successfully completing tasks rewards you with goodies like units, news words and blueprints, but it also increases your faction reputation with that alien race. The higher your reputation, the better services they offer when you interact with them after completing a task. (If you want to raise reputation quickly, save aliens from space pirate battles.) 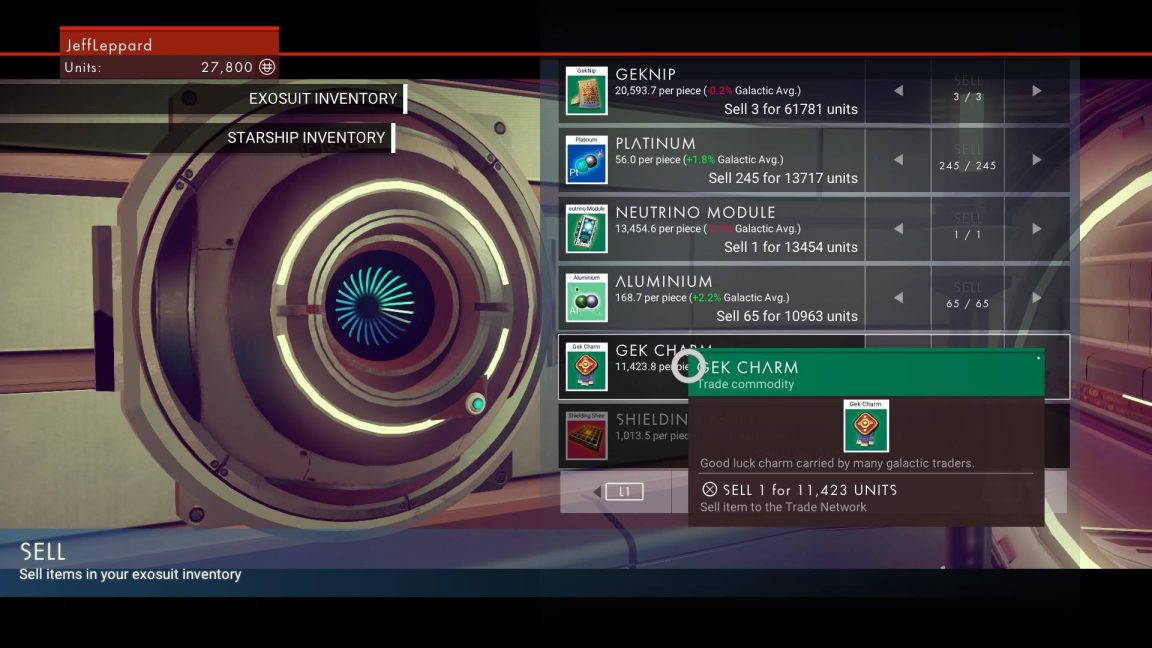 Those green items and resources you find all over the place? Nobody’s found any use for them yet. They just seem to be trade items. Offload them freely to bring in quick cash, as they’re all worth stacks of Units.

When trading off excess resources, it often pays to shop around; individual space traders often offer much better prices than space stations, and prices vary wildly from one to another. Try to get a good deal, and if you find a good price on an abundant local resource, take advantage of it.

(By the way, always try to interact with everything when you’re in a building. The weirdest objects will suddenly vomit out Units, buffs and alien words.) 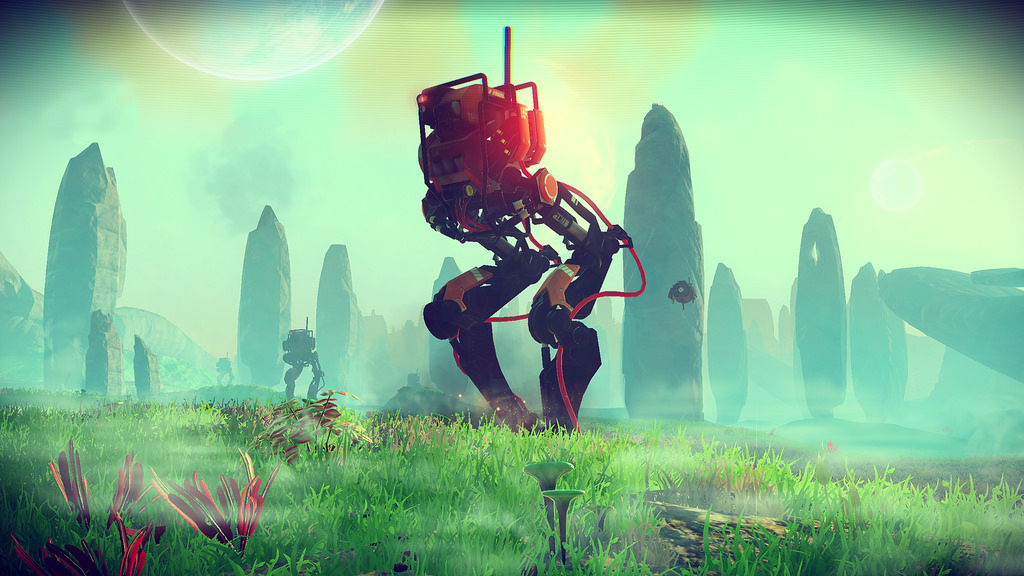 So, you’re not actually free to do whatever the hell you want in No Man’s Sky. If you break the law, the Sentinels will come for you – and if you’re reading this guide for advice, it’s very unlikely you can cope with their attention for very long.

The Sentinels will come for you if you steal from traders; attack random spaceships; attack Sentinels; kill wildlife; break into or destroy structures on a planet; or farm plants too determinedly.

When the Sentinels are after you, your best bet is just to run; get in your ship and fly away. You can also enter a building and hide; they usually forget you exist almost immediately.

At very high wanted levels, the Sentinels will come for you in space. You’ll want to warp out of there as soon as possible unless you’re very good at space combat.