A new Pokemon was unveiled at gamescom today by Game Freak’s Junichi Masuda and Shigeru Ohmori.

The new creature for Pokemon Sun and Moon is a Turtle which goes by the name Turtonator. It’s bio is below. 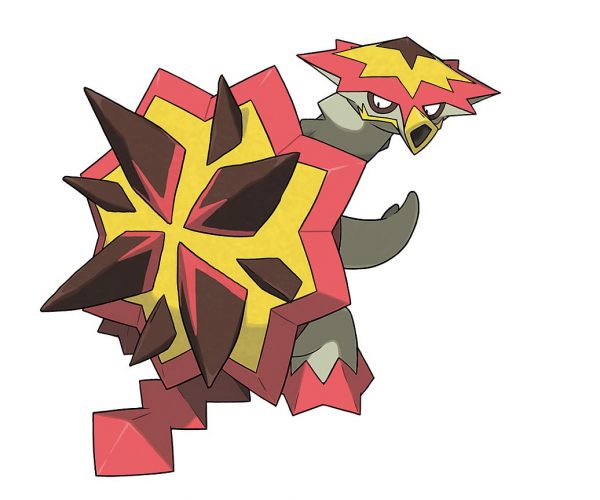 The Blast Turtle Pokemon lives around volcanoes and camouflages itself as a rock to wait for its prey. This Pokemon feeds on sulfur and other materials found near volcanic craters, and as a result its shell is covered in a layer of explosive material. During battle, when something strikes Turtonator, sparks fly from the horns on its shell, igniting this layer and causing an explosion.

The Pokemon can learn the exclusive move Shell Trap which lays a trap for the opponent at the start of the turn.

Should the Turtonator be hit by an opponent’s physical attack during that turn, the trap triggers an explosion resulting in huge damage to the opponent.

You can get a look at the Pokemon in action via the video above.