The Elite Classes could be considered the hero units of Battlefield 1, but their intended functions and goals are very different. 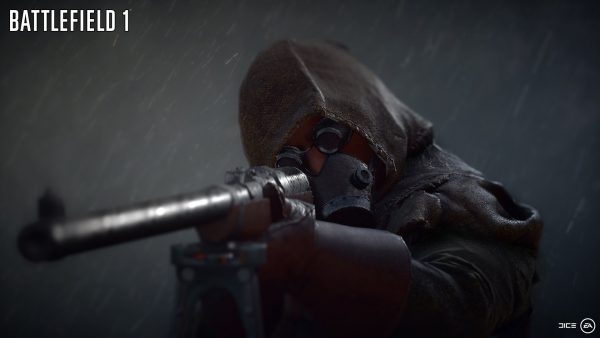 One of the features new to the Battlefield series in Battlefield 1 is the addition of the new Elite Classes, buffed-up infantry units equipped with devastating weapons that, if used effectively, can help turn the tide of battle.

There are three of these in total in Battlefield 1, the Flame Trooper, the Sentry, and the Tank Hunter. We’ve seen them all on separate occasions in screenshots and trailers, but now we learn what they are.

The Flame Trooper wears a fire-resistant suit and carries a big and powerful flamethrower. He also has a gas mask on at all times, limiting his field of vision and slowing him down. He’s best dealt with from a distance.

The Sentry, which you can see a bit of in the gamescom trailer released yesterday, is a fully armoured knight equipped with a water-cooled machine gun. This human tank can take a lot of damage, and dish out even more. He doesn’t wear a gas mask, so you could use this to your advantage, if you can get close enough.

The Tank Hunter, as the name suggests, is designed to take out armour from a distance. He uses the 1918 Tankgewehr, which can only be fired while in a prone position. Although the rifle can be used to take out infantry, it’s designed to shut down critical parts of tanks and armour. One shot can disable tank tracks or knock out mounted machine guns.

The Battlefield 1 open beta kicks on all platforms on August 31.