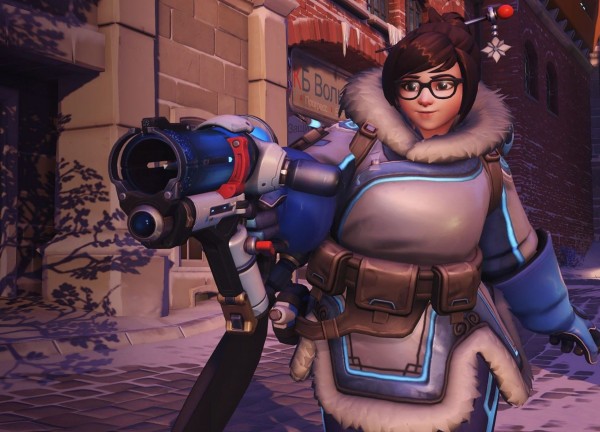 Geoff Goodman has been over on the forums talking about plans for upcoming character changes in Overwatch.

First up is Zeynetta, who’s getting nerfed. In the Don’t Nerf Zeynetta thread, Goodman popped in to say, “Zenyatta is definitely playing a lot better these days. At this point anecdotal feedback, internal stats, and competitive feedback are all showing hes actually a bit *too* strong at the moment.

“At this point we’re looking likely to reduce some of his power in an upcoming patch, probably related to his Discord Orb.”

In the same thread, he talks about the possibilities for buffing Mercy. After going over some of the difficulties with initial ideas like a new E ability with a slow heal over time effect on nearby team mates, he concludes, “If she were to get a new ability it would ideally have to be something that she could use more ‘outside of combat’ or something that is generally used much more rarely. That said there are some things we can do to help her out in the near future.”

Lastly, we come to Mei, whose “ult can feel a bit unwieldy and inconsistent, especially when you compare it to other similar ults such as Reinhardt’s. We’re internally testing allowing the ultimate projectile she throws to pierce barriers (such as Reinhardt’s shield), and increasing the radius a bit on it.”

Goodman seems to be bouncing around ideas as well as commenting on changes that are being tested internally, so we may see some of these tweaks coming to pass in the next patch.

Blizzard are currently rolling out high bandwidth support globally for PC players. They’re looking into doing the same for consoles in the future.