Ok, maybe not at the same time, but when taking a break from playing, we imagine the Primark shoppers munch on Dominos, follow it up with a Kinder Chocolate desert and wash it all down with a Smirnoff-Capri Sun cocktail. 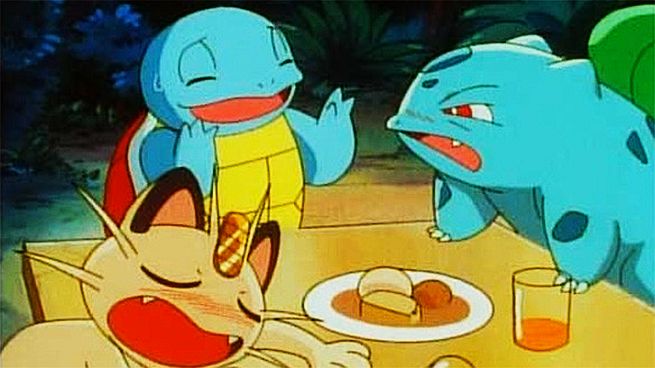 According to a new survey from YouGov, 13% of the adult population in the UK have downloaded Pokemon Go. That’s 6.1 million downloads since the augmented reality app was released in the country on July 14.

Of those who have installed the game, 5.3 million (87%) have played the game within a week’s time. With millions of UK residents still playing Pokemon Go, we suspect the player numbers will once again match or exceed the install base when Ninatic unleashes more Pokemon generations into the world.

The game will also be compatible with main Pokemon game releases later on down the road and trading is also in the cards. That will provide a rather large active users bump.

The Pokemon Go poll (thanks, Business Insider) also provided information on which brands the millions of players preferred, along with their age bracket (aged 18-34) and how they view themselves.

According to the survey, sadly, the millennials who participated classified themselves as unmotivated, a bit vain, unambitious, easily distracted and under achievers despite being highly educated.

YouGov said the preferred brands by present lucrative brand tie-up opportunities for Pokemon Go and other augmented reality games. On tie-up has already occurred in Japan with the launch deal struck between McDonalds and developer Niantic Labs. 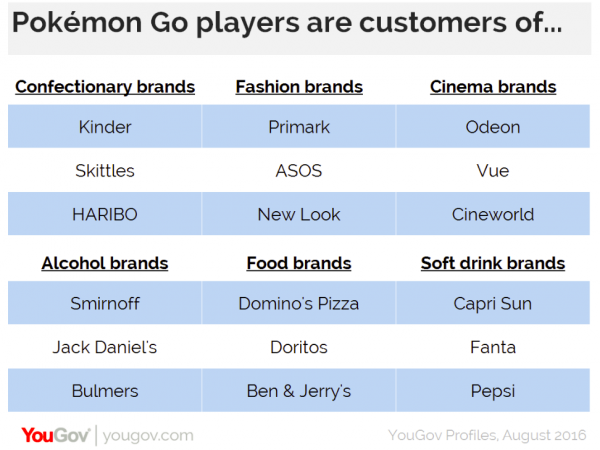 CEO John Hanke said previously said that “special events at certain times in certain parts of the world,” were on the horizon and the firm has been bombarded with companies clamoring to a sponsored-location like McDonalds.

Going by the YouGov data, Hanke and co. may want to have a chat about sponsored location ads with some of the brands British Pokemon Go players seem to prefer. It’s doubtful Niantic would strike an deal with Smirnoff, Jack Daniel’s or Bulmers (yay cider!), but Primark, ASOS, New Look stores and the preferred movie cinemas would work out rather well, we think.