This resource isn’t all that rare, but it’s handy to know how to spot it. 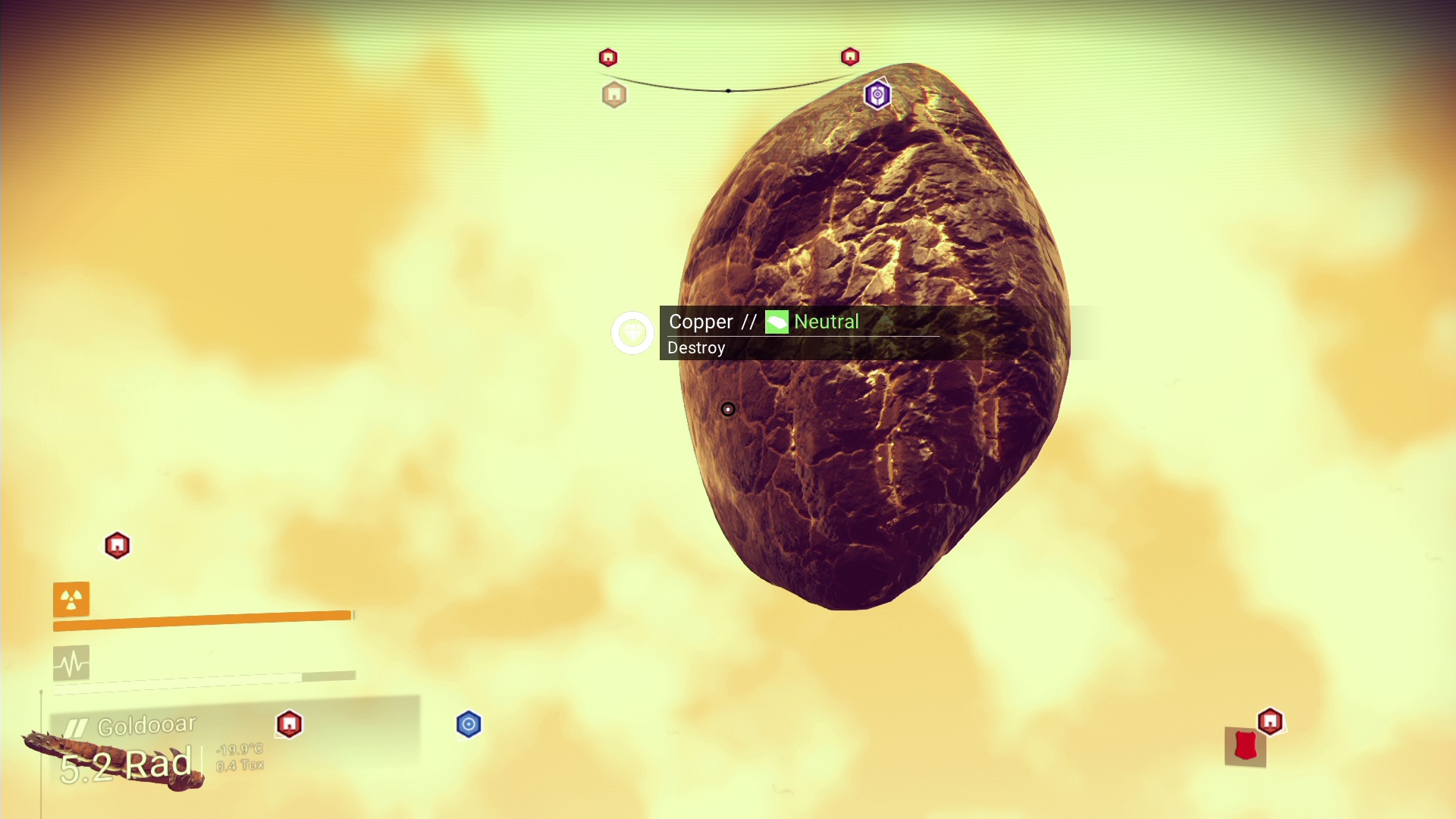 The various elements that hold No Man’s Sky’s universe together also hold together its gameplay. Everything in the game hinges on you having the correct tools and loot at your disposal in order to craft the next powerful tool, add-on, fuel component or whatever else you need to journey further into the galaxy or just require to stay alive against the harsh elements of the galaxy.

A fairly important element is Copper. Copper’s a fairly versatile element and is used in a lot of crafting recipes for add-ons for your ship and weapons. In stores it’ll also fetch a base value of 110 units for each one.

No Man’s Sky: Where to find and mine Copper

Copper is one of those elements in No Man’s Sky that isn’t exactly uncommon but can still sometimes be a little bit difficult to initially spot. We’ve got you covered though: here’s where you’ll most likely find it.

Copper can be found in larger, smoother asteroids out in space. As with Iridium, these asteroids look quite different to the far more common Thamium9 asteroids. In this instance, Copper asteroids are large and smooth, and they’re the types that you can shoot holes in and fly through.

Copper can also be found on some planets. You’ll easily be able to tell when it’s around – just fly low across the surface of a planet and look for gigantic teardrop-shaped floating rocks. You can see one of those pictured above. These are pure copper and can be mined out of the sky.

Keep in mind that despite their floating nature you can’t (as far as I can tell) mine these with your ship’s guns – you have to get out and shoot up with your tools.