No Man’s Sky is effectively a single-player game, innit. 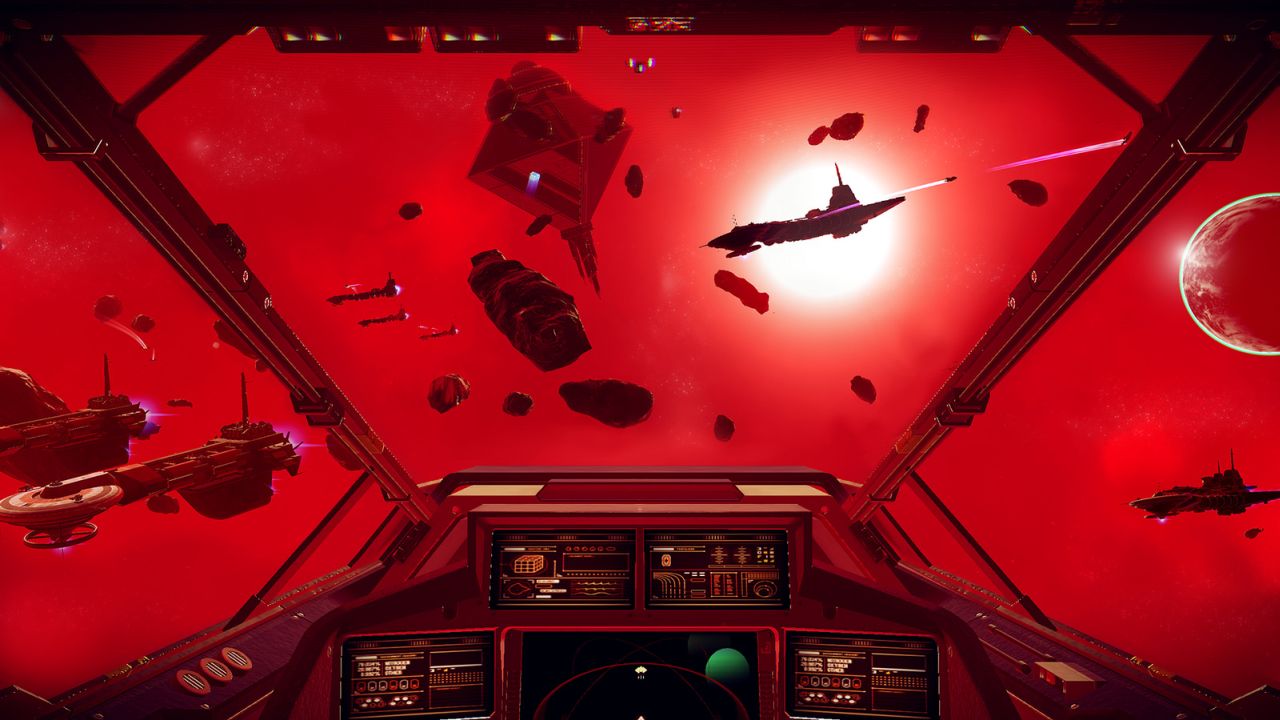 No Man’s Sky players have already done what seemed practically impossible by ending up in the exact same place.

Twitch streamer TheSadCactus entered a system another player had already named, and managed to track them down in the real world as fellow streamer Psytokat. A quick exchange of messages and the two players headed for the same location, something the sheer enormity of No Man’s Sky makes singularly unlikely.

As captured on their streams and documented on Reddit, the pair could not see each other, or even any sign of each other, despite multiple attempts. It looks like the two players weren’t in the same No Man’s Sky instance (if you’re not clear on what that means, think about how you and your pal can both be on the Tower in Destiny, but not see each other there).

Given that Hello Games has gone on record multiple times saying No Man’s Sky players would (very) occasionally share instances, this is pretty disappointing – but it’s not super clear why it’s happening. One of the streamers wasn’t connected to the PSN some of the stream, and experienced frequent drop-outs thereafter; that could be causing a problem.

It’s also possible that the No Man’s Sky servers are struggling with the load. Hello Games founder Sean Murray has been making jokes about the huge number of players on Twitter, even going so far as to suggest some of them just log right off.

WHAT IS GOING ON!!! pic.twitter.com/J9ZcNmbPOU

Everything is fine you guys. The servers are totally fine. Let's just find our network engineer pic.twitter.com/7THStU46M4

There are way too many people playing right now. Maybe some of you can just log out?
Decide amongst yourselves plz

The two No Man’s Sky streamers are going to keep trying after 9:00pm ET; you can watch them both at once via MultiTwitch.

Hello Games has never promised that No Man’s Sky players who did manage to reach the same spot despite the literally astronomical odds would definitely be able to see each other – quite the opposite, in fact. In a late 2014 interview with GameInformer, Murray stressed that players might not even notice even when they did meet up. More recently, Murray warned potential players not to expect traditional multiplayer in No Man’s Sky.

We’ll probably need to wait for comment from Hello Games to really understand what’s going on here. Emotions are running high due to the secrecy and intense hype surrounding No Man’s Sky ever since its announce, so remember to take a few deep breaths and count to ten before you start throwing things around the room.