No Man’s Sky seems complex, but its multitude of worlds are made up of combinations of simple principles. 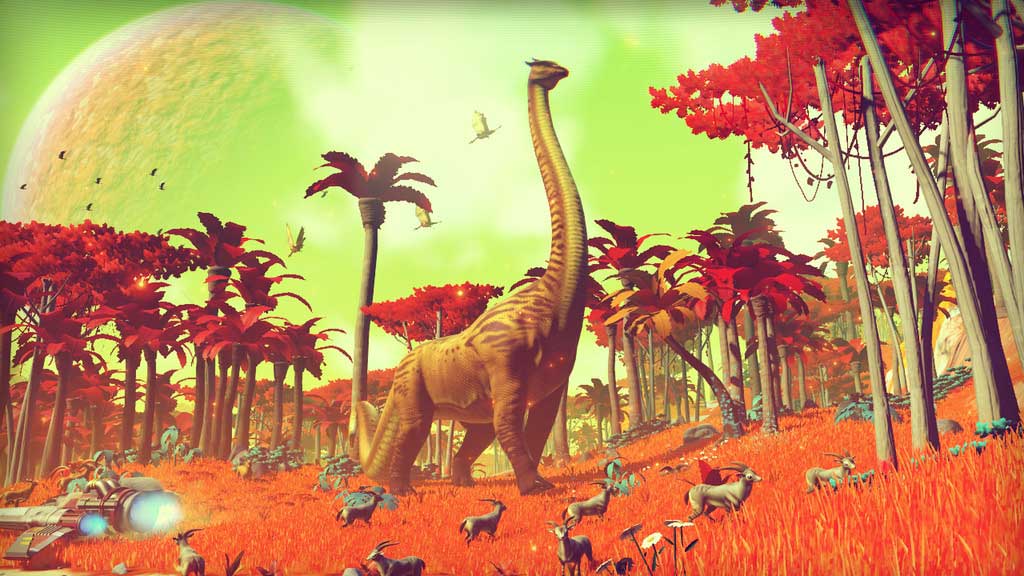 No Man’s Sky is procedurally generated, elegantly bypassing limitations on world size to front what might be the biggest playable space in any game.

“It’s not a lot of magic, just fairly simple chemistry. The angle of sun irradiation and its intensity determine what kind of minerals compose in the ground,” he said.

“Naturally different resources influence what kind of flora and fauna grows up in a certain area. Every leaf of every tree contains a variety of stains. In England or Germany, the chlorophyll is very dominant, that’s why most of our leaves are green. In other countries, they are more yellow, and the Japanese cherry blossom is reddish, so that’s easy.”

“The tougher part is the animals. The engine basically checks certain parameters, asks itself what kind of animal would like the surrounding, and chooses between a variety of types. Fairly often common animals are combined — like they have the body of a lion, but the head of a rhino and the legs of a gazelle.

“We’ve invented a system that automatically balances out the weight and adjusts the skeleton. So we had to experiment a ton, to get these skeletons right, because an animal with a tiny body can’t have a huge head, otherwise it would constantly fall over.”

Murray also commented that it might have been funny to have animals in No Man’s Sky that “are always pissed because they always fall over”. Mm, yes.