Not only will EA livestream Battlefield 1 gameplay on August 16, but it will also be showing Titanfall 2 some love. 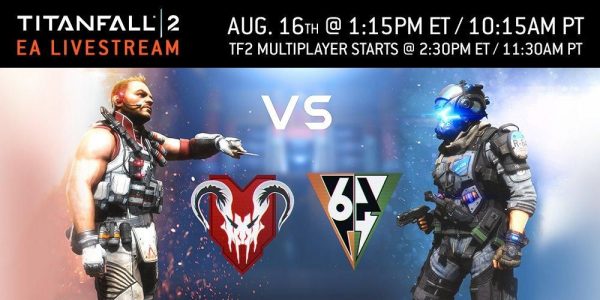 A live multiplayer reveal for Titanfall 2 will occur on August 16. It’s a Factions multiplayer event featuring various gaming personalities from Twitch and YouTube.

They will be split into separate teams and the action will be streamed on the Titanfall Twitch channel. It starts at 11am PT/2pm ET/7pm UK.

Titanfall 2 will release globally on October 28 for PC, PS4, and Xbox One.

Gamescom 2016 runs next week August 17-21. Day one is for trade and press, and opens to the general public on August 18.