As far as new IPs go, Rage and The Evil Within were both successful enough for Bethesda to consider making sequels. 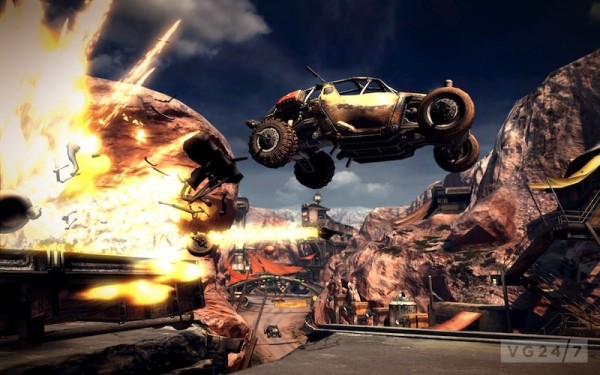 The Evil Within and Rage, two games created under the publishing umbrella of Bethesda, have yet to see sequels.

The first was a survival horror game from Shinji Mikami’s Tango Gameworks, while the latter was the last project John Carmack worked on at id Software, itself hadn’t created a new IP in ages before Rage. The critical reception was mixed for both, but each found their fans.

According to Bethesda’s VP Pete Hines, it’s definitely possible for both games to get sequels. Hines was asked by Finder if the pair had sold well enough to justify getting a sequel.

“I do think both The Evil Within and Rage did well enough that we could make sequels,” said Hines. Though with that said, the executive was careful not to give any hints about whether either game has a sequel in the works.

“I can’t talk about the unannounced stuff and what we may or may not do. I get myself in trouble whenever I do that.

“if I come out and say, ‘I just don’t think that is going to happen,’ then people freak out. So I won’t confirm or deny stuff we may or may not do, as people jump to the wrong conclusions. Personally I loved Rage and had a tonne of fun playing it, but we have a lot of stuff in the pipeline right now so you will have to wait and see.”