If you signed up for Capcom’s Resident Evil newsletters, you may have received a new email showing off the new green herbs. 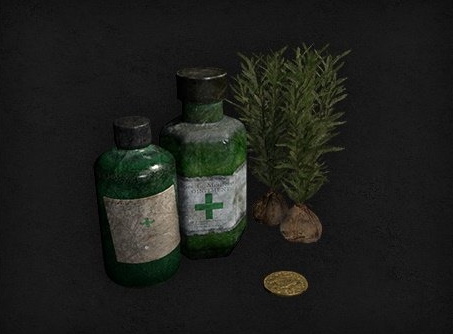 Capcom is slowly revealing/teasing new details about Resident Evil 7 as we get closer and closer to the January release date.

“Take a first look at the healing items in the game! Oh wait… what’s this coin doing here?” reads the email, which also shows a coin, leading many to speculate vendors would be making a return. 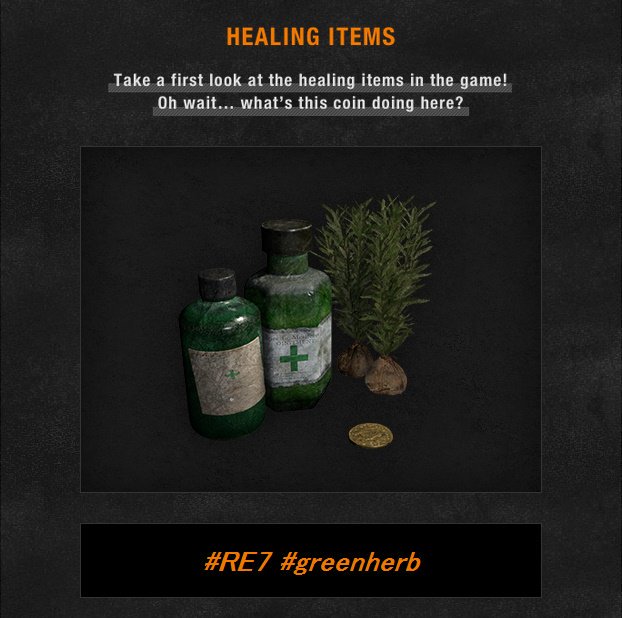 Resident Evil 7 is due for release January 24 on PC, PS4, and Xbox One. The PS4 version will fully support PlayStation VR.