Hello Games will be wiping the No Man’s Sky servers ahead of launch. 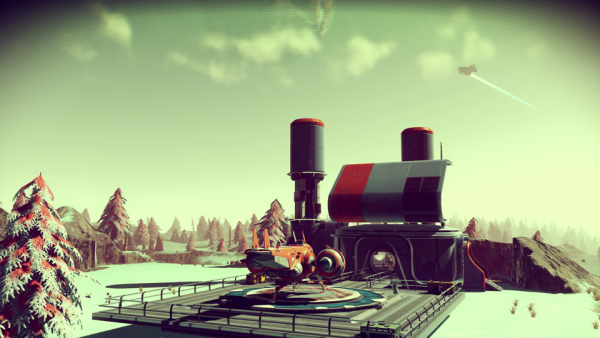 This is according to a tweet from studio programmer Harry Denholm, who said the wipe will occur on Sunday.

Some folks were able to acquire early copies of the game, many through vendors who broke the street date. Players who already had their hands on the game were able to venture out into the universe, and name discovered planets. 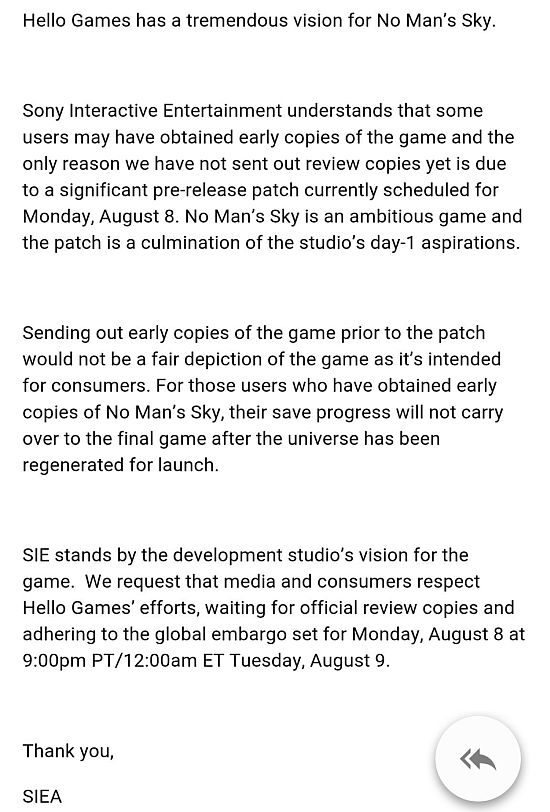 According to Denholm, progress made in the game will not be cleared, “just discovery online storage,” so character leveling will not be affected.

In other words, if you played the game already and named a planet you discovered Cornholio, it will once again become an unnamed rock floating in space allowing other players to name the planet. That was good news for folks who have made a bit of progress.

However, Sony has stated otherwise. According to the company, even local saved data will be cleared, because it will not be compatible with the first patch.

“For those users who have obtained early copies of No Man’s Sky, their save progress will not carry over to the final game after the universe has been regenerated for launch,” reads the statement provided to TechBuffalo’s Joey Davidson (thanks, reddit).

When the street date was broken, many folks grabbed the game early. Review copies of the game were not made available to the press early due to the “significant pre-release patch” slated for the game. With the street date broken, some outlets purchased the game from the retailers and streamed gameplay ahead of No Man’s Sky release, according to Ars Technica.

Sony has also issued take-down notices to many streamers and YouTube users.

No Man’s Sky will be released on PS4 August 9 in North America and August 10 in Europe.

The PC version will release worldwide on August 12.