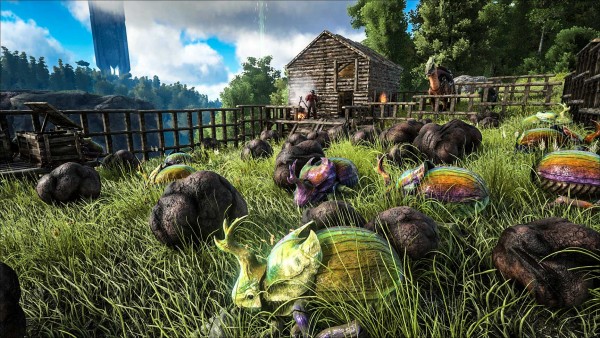 Speaking with MCV, the studio revealed the game has done rather well on Xbox One too. Since it released on the console last December, over 1.5 million copies have been sold. That’s up 500,000 from the 1 million sales figure posted in January.

PC and Xbox One unit sales combined sit around the 5.5 million mark, with PC downloads making up 4 million.

“[Our first year] has gone very well,” studio co-founder Jeremy Stieglitz told MCV. “The launch was an unexpected success, but that’s also a double edged sword because when it succeeds at that level, it kind of raises expectations about how ambitious the game is going to be, and how large of a scope it is going to have when it is finished. ”

Stieglitz said more content has been released for Ark than originally planned, what with the number of creatures and other features added to the game.

The latest content update available for the game arrived last week and included the Primitive+ Ark Total Conversion add-on, fishing, two new creatures and an expansion to The Center.

“When we launched, we didn’t even plan on having modding support, which has become a huge aspect of the game’s appeal and life cycle on PC,” he added.

The Steam Workshop page for the title has 1,623 entries listed, ranging from raft extensions, new creatures, additional buildings and everything in between.