Final Fantasy 15 will have a DLC season pass. This is largely the end of the available information. 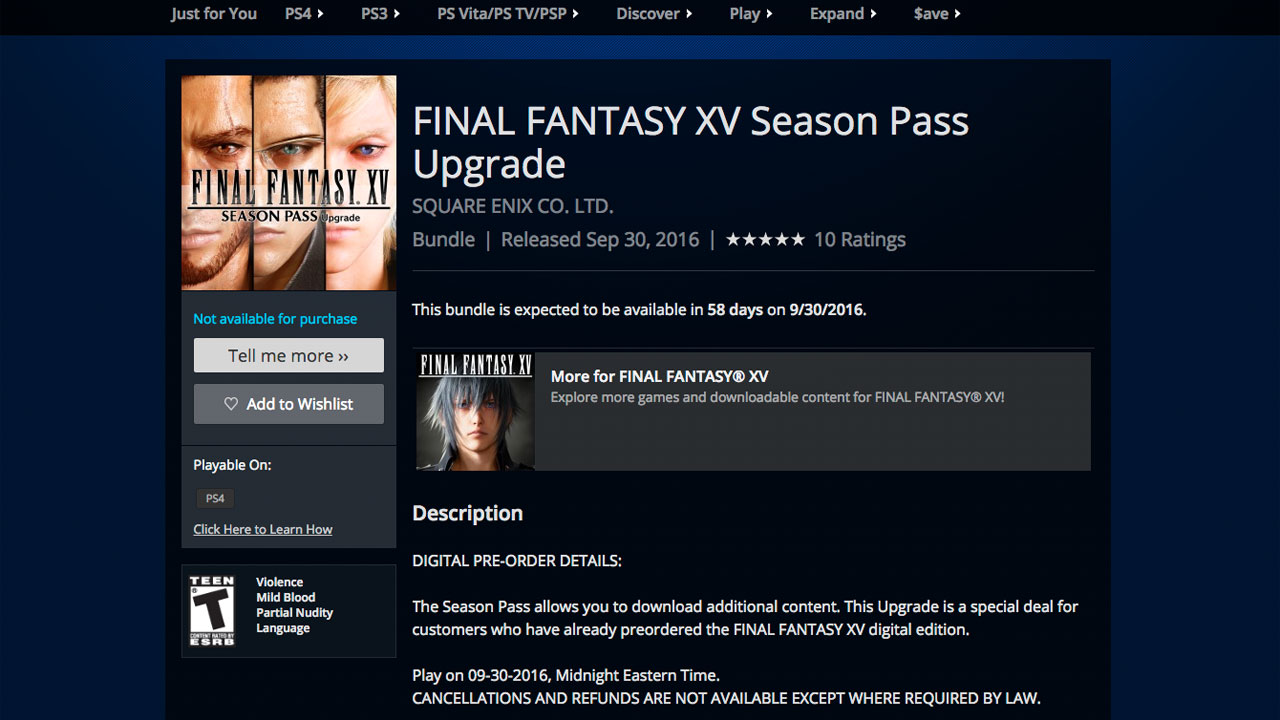 Final Fantasy 15 is going to have DLC, but we don’t really know anything about it.

Overnight, a Final Fantasy 15 Season Pass popped up on the PlayStation Store, and now everybody’s asking questions about it. How much will it cost? What will it include?

These are excellent questions and we absolutely do not know the answers to them. The only thing we do know is the pass is also included with the digital premium edition, which goes for $85 on the PlayStation Store.

So now we can speculate a bit: given that the pass is described as “a special deal for customers who have already preordered the Final Fantasy 15 digital edition”, we’re gonna guess that the standalone season pass will set you back a bit more than the $15 extra the Digital Premium Edition costs compared to the $60 base version. Maybe $20?

Goodness knows what the DLC will look like, though. Final Fantasy 15 releases in September, so we should hear something on that subject closer to launch.

Update: Gematsu translated the Final Fantasy 15 Season pass entry on the Japanese PlayStation Store, which listed six DLC packs and promised one of them includes a new mode. Here’s the skinny:

Final Fantasy 15 is coming to PS4 and Xbox One after a wait of approximately seven billion years. Will it restore the franchise to glory after a rough decade and a half? Gentle but bitter laughter echoes around Team VG247’s headquarters. We shall see.