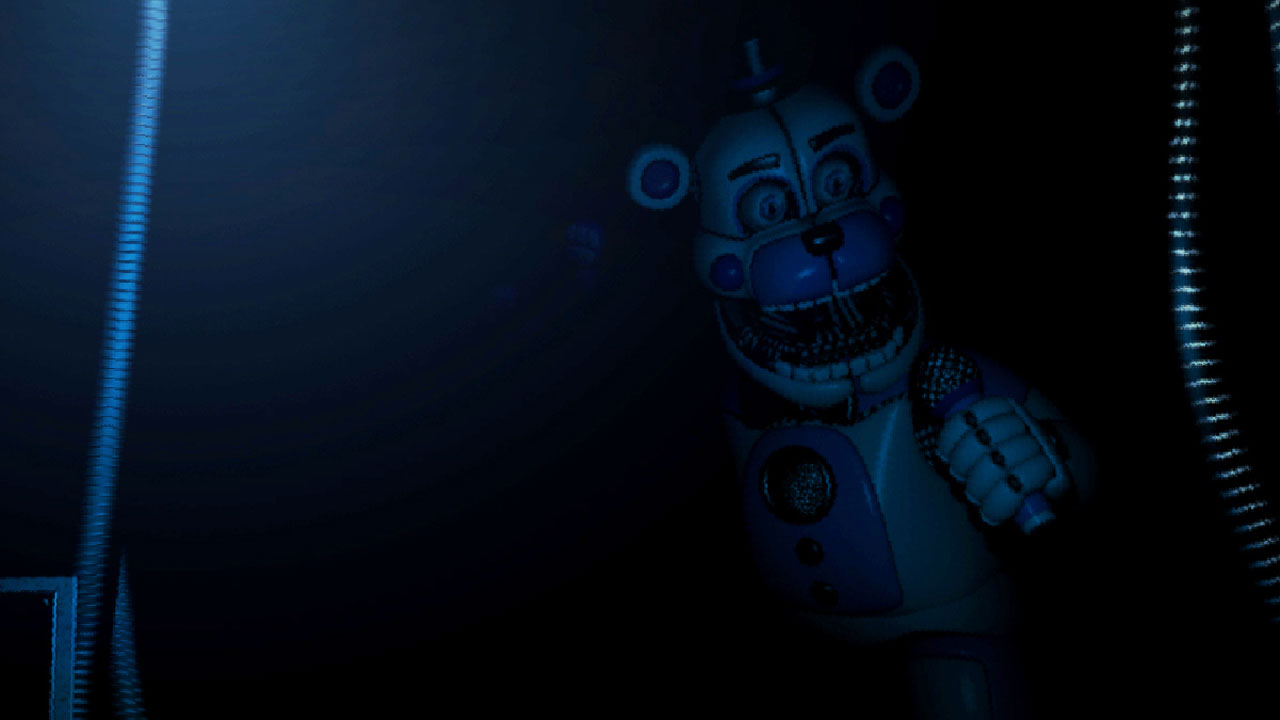 The Five Nights at Freddy’s series continues later this year with Sister Location, which has recently popped up on Steam.

The product page shows an October release window, vindicating my prediction of a near-Halloween release date for Five Nights at Freddy’s: Sister Location.

There’s no firmer date available, but since series creator Scott Cawthon has repeatedly demonstrated he can’t stick to release dates (he lets everything out the door early) maybe that’s for the best. Don’t be surprised if he pushes the button on Five Nights at Freddy’s: Sister Location as soon as possible.

The joy of the Five Nights at Freddy’s series is slowly uncovering the stories and solving mysteries, so naturally the Steam page doesn’t have too much information. Here’s what there is:

“Welcome to Circus Baby’s Pizza World, where family fun and interactivity go beyond anything you’ve seen at those *other* pizza places! With cutting-edge animatronic entertainers that will knock your kids’ socks off, as well as customized pizza catering, no party is complete without Circus Baby and the gang. Now hiring: Late night technician. Must enjoy cramped spaces and be comfortable around active machinery. Not responsible for death or dismemberment.”