Remember when everyone thought it was strange Valve was helping an indie developer publish Galaxy in Turmoil, the Star Wars Battlefront 3 successor, on Steam? Well, it’s not happening. 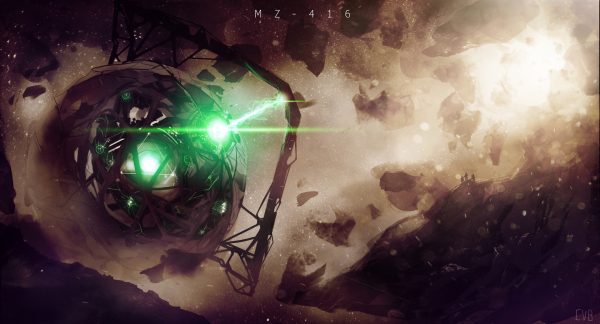 Galaxy in Turmoil is a fan project by developer Frontwire. It aims to resurrect what’s left of Star Wars Battlefront 3 and make it into its own game.

By many accounts, Free Radical, the game’s original developer, was almost done with the game before LucasArts cancelled it. This fan revival is working on getting the finished assets into Unreal Engine 4, creating new ones, and shipping it as a free game on Steam.

Surprising many, the developer said back in June that Valve has agreed to let the game be published on Steam, but it now appears this isn’t happening, thanks to Lucasfilm and EA stepping in. Tony Romanelli, president of Frontwire Studios, confirmed this in a lenghty new blog post.

“On Wednesday June 22, 2016, we received a letter from Lucasfilm requesting that we halt production of Galaxy in Turmoil with any Star Wars related IP at once,” he wrote.

“Rather than laying down at the first sign of trouble, I requested a meeting with the Lucasfilm executives to discuss our project and to find some common ground to work with. Honestly, I didn’t expect too much negotiation to occur. But much to my surprise, executives at the top of Lucasfilm agreed to meet. A week later, that meeting took place,” he said.

“During our meeting, there was a fair share of both lighthearted and serious moments. LucasFilm informed me that although they would of been open to the idea of negotiating a license for Frontwire to work on the Star Wars IP, that they are not able to due to their contract with Electronic Arts (EA).

“I was told that Lucasfilm had already spoken with EA about Galaxy in Turmoil and that EA expressed no desire in letting our project continue. Their main concern was due to the possibility of Galaxy in Turmoil taking away attention from their Battlefront franchise.”

Romanelli said that he offered to put Galaxy in Turmoil behind EA’s “paywall”, and even tried to contact EA directly in the hopes of making a deal, but none of that worked.

The Frontwire president explained he has no hard feelings for EA or Lucasfilm, and outlined plans for the future of Galaxy in Turmoil. A game “inspired by” Battlefront that doesn’t use the Star Wars IP is what Galaxy in Turmoil will evolve into, using its own universe.

“Going forward, Frontwire Studios will be pivoting away from Star Wars and embarking on a mission to create a new, original game in a never before seen universe,” Romanelli explained.

“Our game will still have massive 64-player battles, ground-to-space combat, destructible capital ships, and a full single-player campaign. We will also still be releasing Galaxy in Turmoil on Steam as planned and it will remain a free game.”

The studio has no plans to add microtransactions into the game and it’s looking into crowdfunding options, but won’t move forward with that until a playable demo is available for the public to try.