Games leak ahead of release. It’s all too common. So it’s not surprising someone already has his hands on No Man’s Sky. 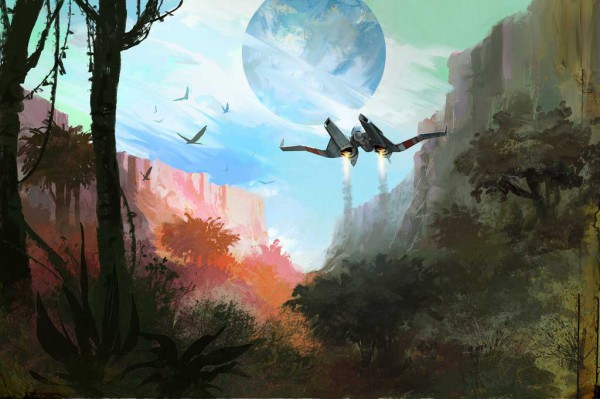 Going by the name Daymeeuhn on reddit, the fella not only got hands on the game just over a week early by purchasing it off eBay for $1,300, but he streamed gameplay of the opening sequence and 24 minutes of gameplay.

Videos of the stream were posted and pulled, according to Ars Technica, but over on DailyMotion there are still some clips of him opening the package available.

“Sean Murray, if you’re watching, I’m an asshole, I’m sorry,” said Daymeeuhn at the start of the stream, per Ars which states that by watching the stream, the game seems to have a more “stable frame rate” from the demo they played at a press event.

After hearing news of the leak and stream, Hello Games founder Sean Murray took to Twitter, asking folks not to spoil themselves by watching leaked footage of the game and to “take a break from reading about it, and picking videos apart.”

In his final post on the matter, Daymeeuhn agreed with Murray saying people should “just wait and experience” the game first-hand.

“The first videos I posted were perfect—they spoiled nothing and just showed a taste,” he said. “There are more spoilers than you probably realize with this game.

“I’m only a couple hours in, barely touched a few planets, and already I’ve had many FUCK YEAH moments. On the one hand, I’d love to share those with you, but in the other hand, Sean is right… why not just wait and experience them firsthand?”

We won’t post a transcript of what was shown in the stream here. If you want to know the details, click the reddit and Ars Technica links.

No Man’s Sky is slated for release on August 9 for PC and PS4 in North America.