It’s almost time. Sort of. We will have to wait another 23 days, but that’s not too far off. 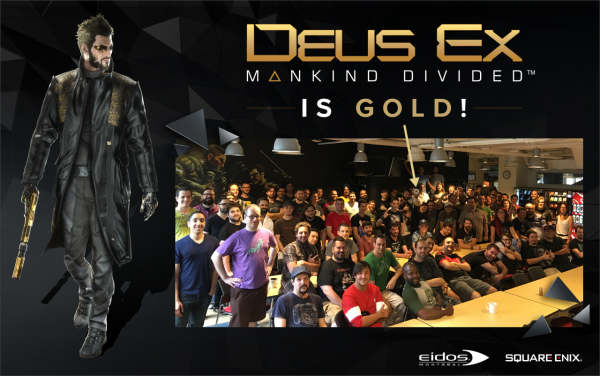 The highly-anticipated sequel to Human Revolution takes place two years after the events of the Aug Incident, which saw augmented citizens worldwide being “stripped of control” over their minds and bodies. The result caused the death of millions of innocent people.

In Mankind Divided, augmented humans have been segregated, with crime and various atrocities serving as partial fodder for the continued divide between augmented and non-augmented humans. Factions have arose and are twisting the truth for their own nefarious agenda.

As Adam Jensen, players will use his new augmentations and a greater sense of self-control to take on the Illuminati, which is determined to control the populous.

The game releases on August 23 for PC, PlayStation 4 and Xbox One.