PS4 is very close to being the highlight of Sony’s financials this quarter, with 3.5 million consoles shipped during the period. 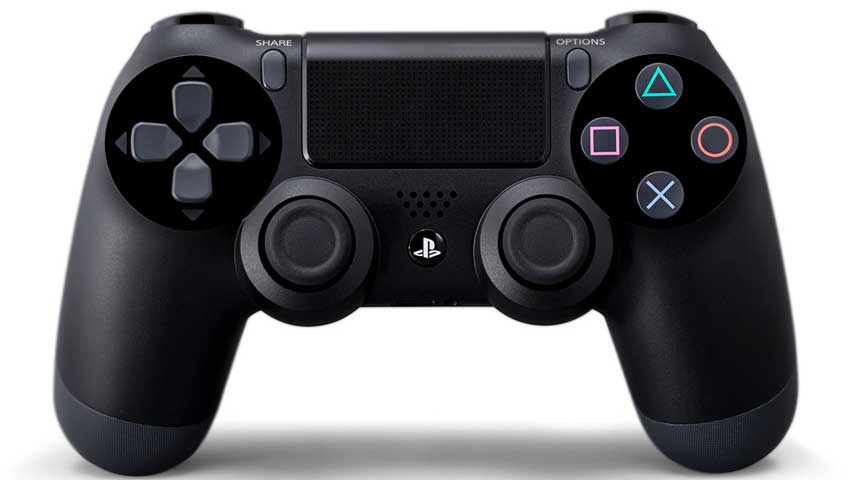 PS4 game sales were listed among the few star performers in Sony Corporation’s financials for the quarter ending June 20, 2016.

PlayStation is part of the Game & Networks Services segment, which saw a 14.5% year-on-year to ¥330.4 billion ($3,208 million) – and we can thank PS4 and its 3.5 million units shipped during the quarter. This brings the total lifetime shipped number to 43.5 million.

Shipped, if you recall, means sold to retail instead of the number of consoles sitting in living rooms. In May the firm announced the number of PS4 consoles sold-through to customers was 40 million. 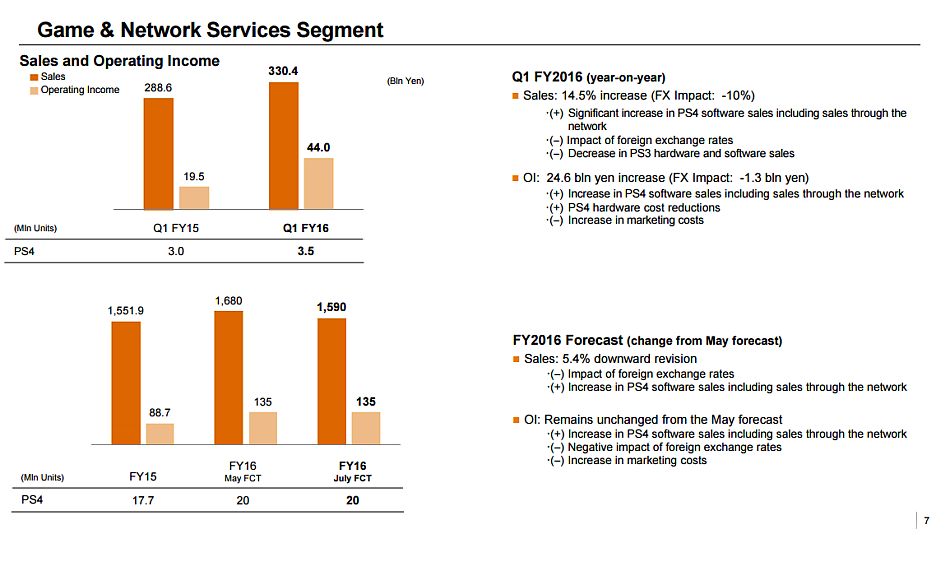 Although Sony didn’t give a figure other than shipped for PS4 hardware in its initial release, it did say that a reduction in PS4 hardware cost contributed to the segment’s ¥24.6 billion year-on-year increase in operating income, which came to ¥44.0 billion ($427 million U.S. dollars).

Moving into Q2, Sony is forecasting continued increased in PS4 software sales, but expects fluctuating exchange rates and an increase in marketing costs to eat into its bottom line.

Propped up by PS4 game sales, the Game & Networks segment was the second-best performing division, coming in just behind Financial Services with operating income of ¥48.5 billion ($471 million). These two giants were largely unchallenged by Sony Corp’s other businesses, four of which reported losses.

Overall, the company reported a 10.8% year-on-year decrease in quarterly revenue to $15.6 billion, resulting in operating income of $546 million for the quarter ending June 30 2016 – down 42% year-on-year. Sony will be addressing investors this morning, and if there’s any news about actual PS4 hardware sales, PS4 Neo, or the release slate we can expect to hear it during the presentation or shortly afterwards.