Titanfall 2 brings on board a key server provider to scale the game’s online infrastructure even further. 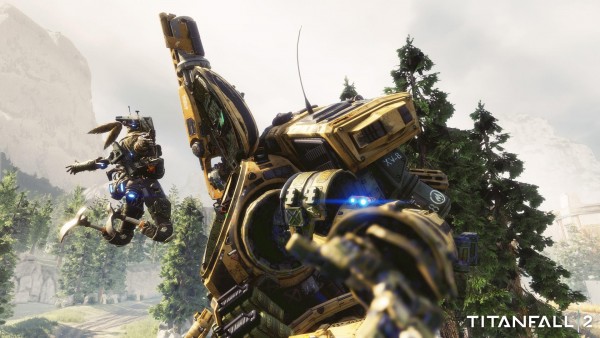 Unlike the upcoming Titanfall 2, the original game was an Xbox and Windows exclusive. As an added benefit, the game used Microsoft’s Azure cloud for dedicated servers across the globe, on all platforms.

This offered a great experience to the majority of players, most of whom have local Azure servers the game automatically connected them to. For others, however, the lack of Azure support meant the game skipped a couple places, such as South Africa.

With Titanfall 2, developer Respawn is looking to expand beyond Azure, and today, the studio unveiled a partnership with Multiplay. Many PC gamers will definitely recognise the name, as it has a fair share of the GSP market in the UK and worldwide.

This allows the game access to a number of servers across the world with minimal latency, based on Multiplay’s cloud-bursting tech. Multiplay’s platform is “integrated with a global network of dedicated server providers as well major Cloud providers such as Google Compute Platform, Microsoft Azure and Amazon Web Services.”

“The Titanfall 2 launch is going to be bigger and better than the last game and what’s really important to me is that the game just works,” said Jon Shiring, lead programmer at Respawn in a press release.

“We wanted to make sure we had an insane amount of scalability and reliability, so we partnered with Multiplay because they have a great deal of expertise in game server hosting and a very clever auto-scaling product that can abstract away different cloud environments that lets us focus on making games.

“We have been working closely with Multiplay to ensure we utilise multiple clouds as well as bare metal servers in every region our game will be on sale.”

Titanfall 2 is out October 28 on PC, PS4, and Xbox One. The upcoming technical test, which has yet to be dated, will no doubt be a good time to test out the new tech.