The sandbox world of Dual Universe brings together elements from Minecraft and No Man’s Sky. 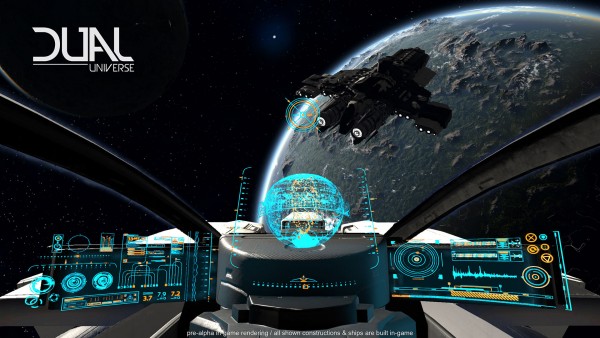 Dual Universe is the shared-universe sci-fi MMO by Novaquark. The sandbox nature of the game is built on the basis of voxles, which allow you manipulate anything in the world, not to mention create your own objects.

On top of that, there’s the space exploration layer, which offers mining and combat, not to mention crafting. The game was first revealed at E3 in June, but the teaser trailer was very brief.

To make up for it, show off the incredible visuals and give everyone a top-level walkthrough of the various systems in place, Novaquark has released a new 10-minute trailer that definitely helps get the point across.

It starts off on the surface of a planet to show how voxel manipulation works, and then takes off to go to space, land on a massive ship, and manipulate things some more. Though it’s still early days for Dual Universe, the developers are shooting for a January, 2017 release for the alpha.

Take a look at it below: