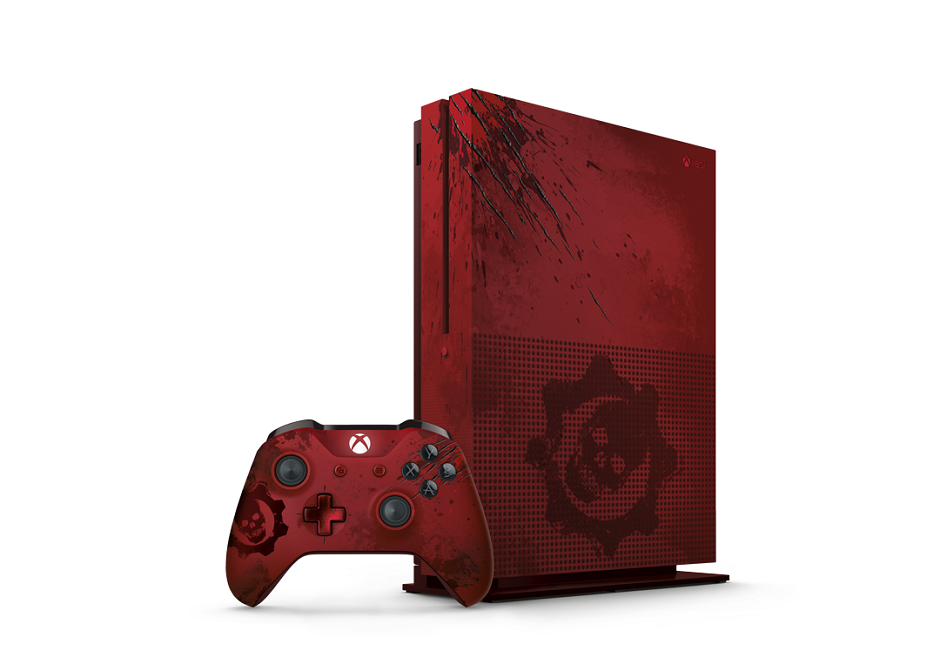 As reported yesterday, the console sports a 2TB hard drive and comes in “Crimson Omen” with matching controller. The controller will also be sold separately for $74.99, according to Mashable.

The digital code for Gears of Wars 4: Ultimate Edition included in the package for console and Windows 10 also provides early access to the game. Customers will be able to play the shooter on October 7 instead of waiting for general release on October 11.

Here’s the list of what you’ll get inside the box, via Xbox Wire:

Along with the console, and the Gears of War 4 inspired limited edition Xbox Elite controller announced at E3 2016, another Gears 4 controller will be made available.

It sports a grey and blue color theme based on armor worn by Gears 4’s main character, JD Fenix, and will run you $74.99. It is also a GameStop and Microsoft Store exclusive item. Both controllers will come with digital items for the game, although specifics on this content aren’t known as of press time.

Each controller is the updated design Microsoft announced at E3 2016. The controller will be included with every Xbox One S once the console lands on store shelves.

The new controller has more precise sticks, better grips, supports Bluetooth and Wifi Direct. It will also support third-party dongles if your laptop, PC, or tablet doesn’t have Bluetooth built-in.

Interested parties can pre-order the $450 Gears of War 4 Limited Edition Xbox One S from today through GameStop or Amazon. The controllers will be made available for pre-order on August 1. 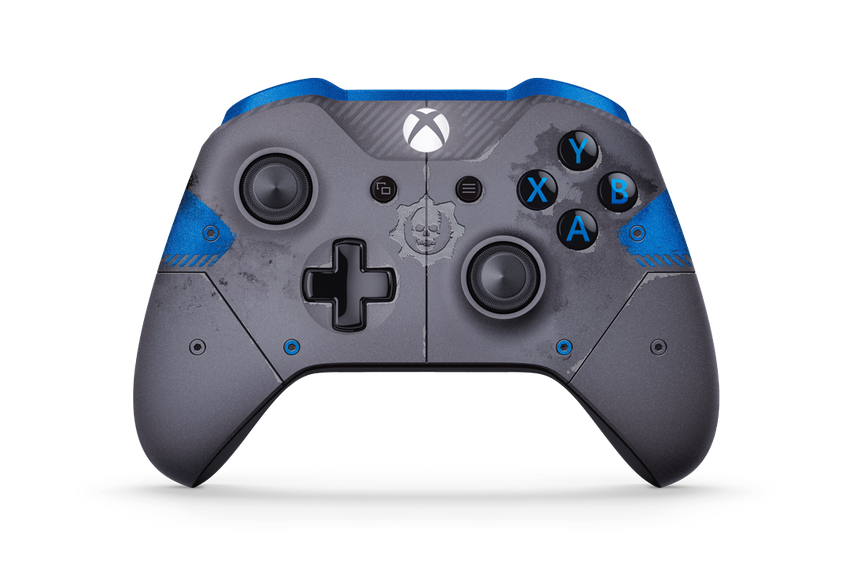