Nintendo is heading to San Diego Comic-Con later this month and it’s packing quite a few games in its carry on. 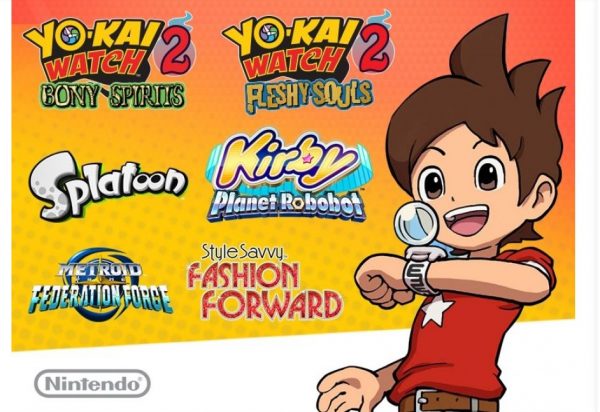 While nothing Pokemon Go was mentioned in the press release, you know there will be PokeStops at the convention center. And Pokemon will be all over the place, roaming the grounds and hiding in bushes. Or something.

The Play Nintendo Family Lounge is where all the Nintendo Comic-Con action will take place. Not only will there be games to play, but chances to participate in tournaments and take selfies with Nintendo characters will also be available. We assume Nintendo “characters” means either figures or people in costume because Donkey Kong and Kirby aren’t real.

Attendees with a show badge can also visit Nintendo’s Booth at the Convention Center to participate in various Splatoon gameplay activities and competitions.

Integrated with the activities is the Play Nintendo Tour, which has been traveling the country all summer. This means attendees will be able to climb into a Yoshi egg to play Yoshi’s New Island, sit in a giant banana while playing Donkey Kong Country Returns 3D or kick back in a pink beanbag chair to play Kirby: Planet Robobot.

The current schedule of events includes the following:

Here are some of the Nintendo 3DS and Wii U games which will be playable at Comic-Con:

The Play Nintendo Family Lounge will be located on the first floor of the Marriott Marquis San Diego Marina hotel just off the main lobby.