Warhammer: End Times – Vermintide developer Fatshark is reviving one of its earlier games by giving out keys for free. 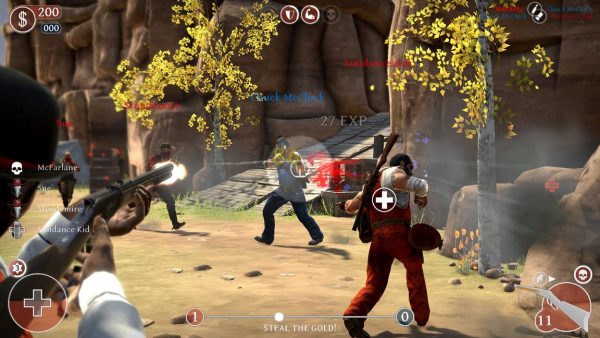 It’s made by Fatshark, the studio responsible for War of the Roses, and most recently, the L4D-style co-op game Warhammer: End Times – Vermintide.

Fatshark decided, seemingly out of the blue, to revitalise the dead game by giving out 100,000 keys for it through the studio’s website. All you need to do is type in your name and email address at the link, and wait for your key.

You shouldn’t have to wait more than an hour for it, but it may take longer as the site is getting hammered. The plan is working though, and the game’s active player numbers have gone up since the giveaway started.

Lead and Gold was among the relatively modern examples of multiplayer shooters that relied on distinct classes and solid shooting mechanics. It also boasts a clean art style that still looks good even today.

Many Steam users will remember playing it during a free Steam weekend or two, as it was one of the early games to test this feature.