The team that created the very popular Just Cause 2 multiplayer mod will no longer be working on a similar project for Just Cause 3. 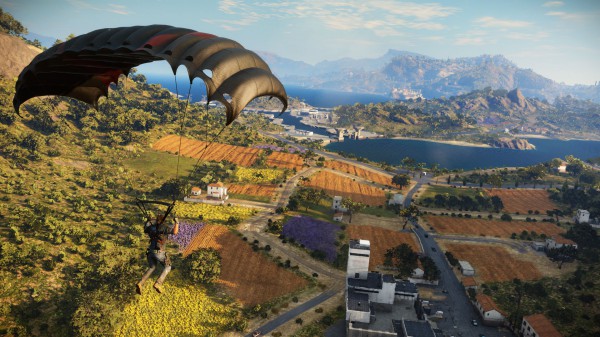 Years after its release, Just Cause 2 was kept alive with the help of a healthy player base. A huge part of the reason why has to do with the multiplayer mod a few fans managed to make.

The mod may not have offered a polished experience to players, but it offered something better: mayhem on a larger scale, which Just Cause fans in particular appreciated. Naturally, everyone expected the same group to create a multiplayer mod for Just Cause 3 – and they were.

Until this weekend, when the lead developer on the project announced that he has been hired by the game’s developer Avalanche, and thus can’t continue working on the mod.

In an update on the mod’s forums, lead designer Cameron Foote said this announcement has been a long time coming.

“It is on this note that we’re regretfully announcing the indefinite halt of JC3-MP development. We know you’ve been waiting for news over this past year – your desire to play it is matched by our desire to make it – but there’s a good reason,” the update reads.

“Several months ago, I (Trix) was approached with an offer I couldn’t refuse: to join Avalanche Studios Sweden as a developer so that I could work on projects present and future.

“As part of Avalanche, I’ll be able to bring many of the things you know and love from JC2-MP into future Avalanche experiences, while reaching heights that a mere mod couldn’t facilitate.”

Foote didn’t outright say if we should expect multiplayer to be officially added to the game, but confirmed that the rest of the team will no longer be able to work on the mod. The multiplayer mod for Just Cause 2, however, will be maintained “where appropriate”.

“While we know we haven’t always been the most communicative, our hearts have always been behind our mod(s) and their players.

“All of us remember the many wonderful moments we had in the beta tests and joining random servers well after release; on behalf of the team, thank you to all of the players, server owners, scripters, and you for everything. We couldn’t have done any of it without your ongoing support,” said Foote in closing.

All is not lost, however, as another modding team recently announced it’s also working on a multiplayer mod for the game.