Bethesda will be showing off the next Fallout 4 DLC tomorrow. 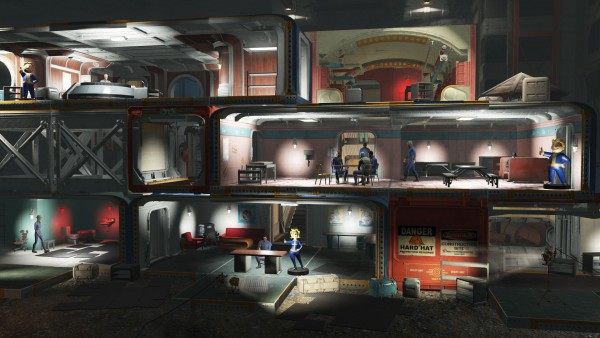 Fallout 4‘s next add-on, Vault-Tec Workshop, is due for release later this month. Though we still don’t have a solid release date, Bethesda will be hosting a livestream tomorrow to tell us more about the DLC.

The show will be available at Bethesda’s Twitch channel. Expect an overview of the DLC, and our first look what it brings to the main game.

We don’t know much about Vault-Tec Workshop, other than it’s going to let players create their own vault and even decorate it, to attract dwellers and experiment on them later.

It will run non-season pass holders $5, and will serve as a stopgap until Nuka World, the game’s final big add-on, is released in August.