Thinking about getting into The Elder Scrolls Online? Hold off a little. 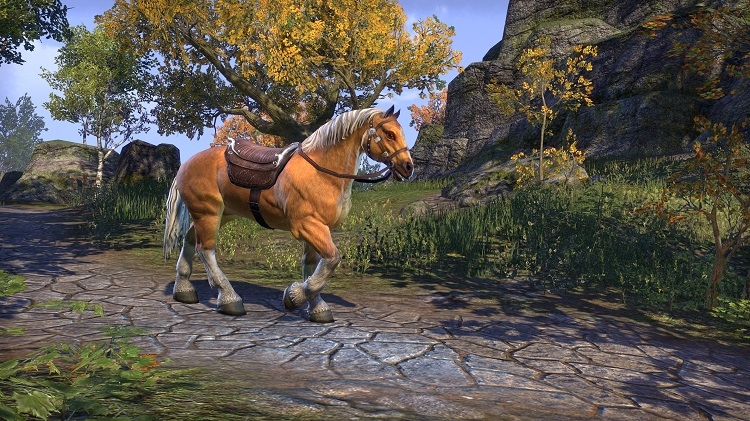 The Elder Scrolls Online is re-releasing in September in a shiny new Gold Edition, bethesda has announced.

This new package bundles up the whole base game along with four DLC expansions, including the recent Dark Brotherhood add on, and also includes an in-game currency bonus if you’re signing up for the first time, plus a palomino mount – pictured above. Since the MORPG has dropped the subscription requirement, you gain access to absolutely everything right off the bat.

The new SKU launches on September 9 for $60 on PC, PS4 and Xbox One, and you can preorder today through various retailers.

For your convenience, here’s Bethesda’s bullet points on the Gold Edition content: