Street Fighter 5’s cinematic story mode chooses to embody the cheesy spirit of 1995 rather than take itself seriously. 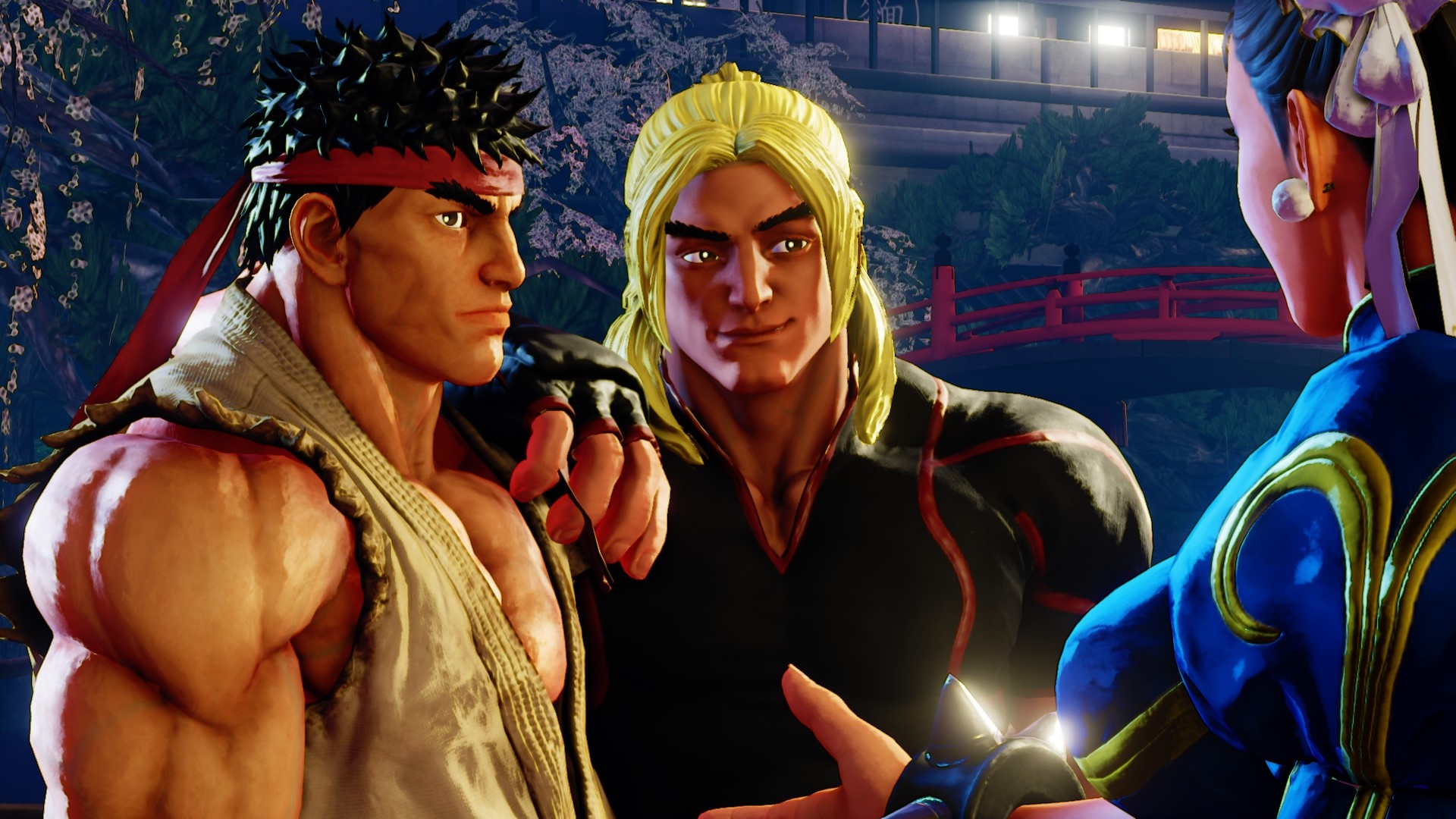 On paper Street Fighter 5 is one of the best releases of the year. It’s a mechanically excellent iteration of a much-loved series that’s taking some interesting steps in terms of delivering content. Sadly, it hasn’t all been as smooth sailing as the on-paper plan would have you hope.

Let’s rewind back to February’s launch, where I said the game could’ve been perfect if it wasn’t for its lack of single-player content such as an arcade mode and character trials. As the proper launch went ahead after my review, other problems began to emerge. Online lobbies were absent, plagued with disastrous lag, and rage-quitters were so prolific Capcom had to put out a statement. It was a rough launch.

Credit has to be given to Capcom all the same. This is its second botched Street Fighter launch in recent memory, following the ultimately unbalanced Street Fighter X Tekken. But as with that game it’s been working diligently and quickly to fix it. This month might just mark Street Fighter 5’s ascension: the time it can at last be called a full game. This, perhaps, is when it always should’ve launched. 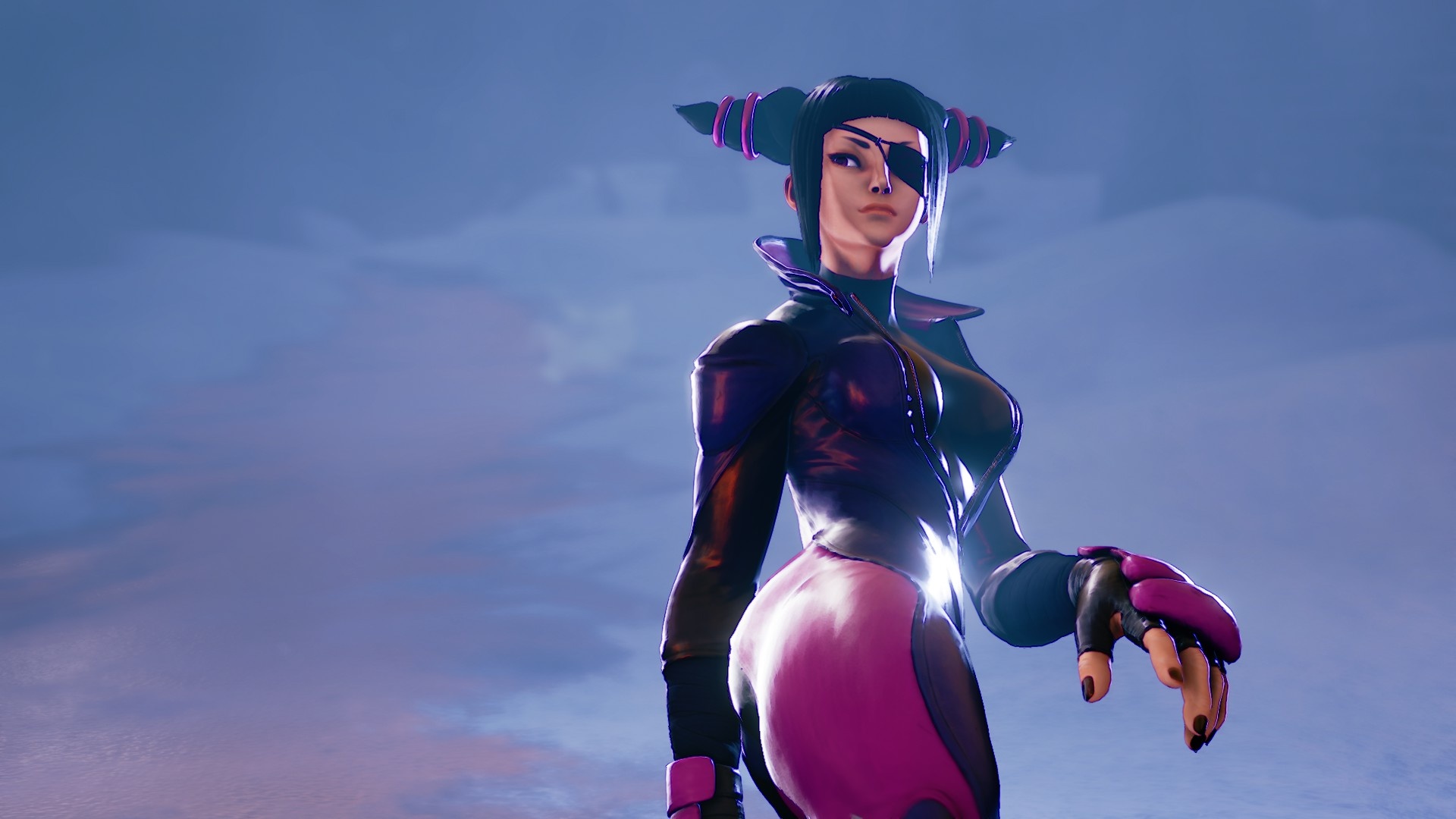 “The balance of how much currency you earn is way too tight-fisted and the prices for things like character costumes in real cash is bordering on extortionate.”

So, what’s new? There’s smaller stuff to begin with; matchmaking works as it should, servers have stabilized, and rage quitting now actually carries a penalty (though not one harsh enough by my judgement). There’s more in-depth character tutorials and trials to complete, and there’s several new stages. Some are all-new, some variations on existing stages, that actually make solid changes to give them a decent adjustment in atmosphere.

The headline additions are much more important: four new characters, rounding out the cast to a more respectable 20, and a free full-blown cinematic story mode which is essentially an all-new Street Fighter movie that’s interrupted as you watch with a few one-round fights to fulfil the video game end of the bargain. This is undoubtedly more watching than playing, but when the whole of the rest of the Street Fighter 5 package is game, I don’t see an issue with the story mode being this devoted.

I sat down and finished the story mode (which’ll run you around two and a half to three hours) in one sitting last weekend, and it honestly left me quite impressed. I wasn’t expecting it to grab me at all, but somehow it did. Mortal Kombat managed to grab me the first time with its rebooted retelling of the first three classic games, but Mortal Kombat X’s story lost my interest in under an hour.

Here’s the thing about Street Fighter 5’s story: it clearly wasn’t expensive. That fact has to be delivered alongside the caveat that it’s a free update to the game, but it’s plain it isn’t as flashy or technically impressive as Mortal Kombat’s attempt. There’s no title card, no stinger introduction. It just starts, unceremoniously, with the revival of Nash, a long-dead character. You’re in your first fight within minutes. 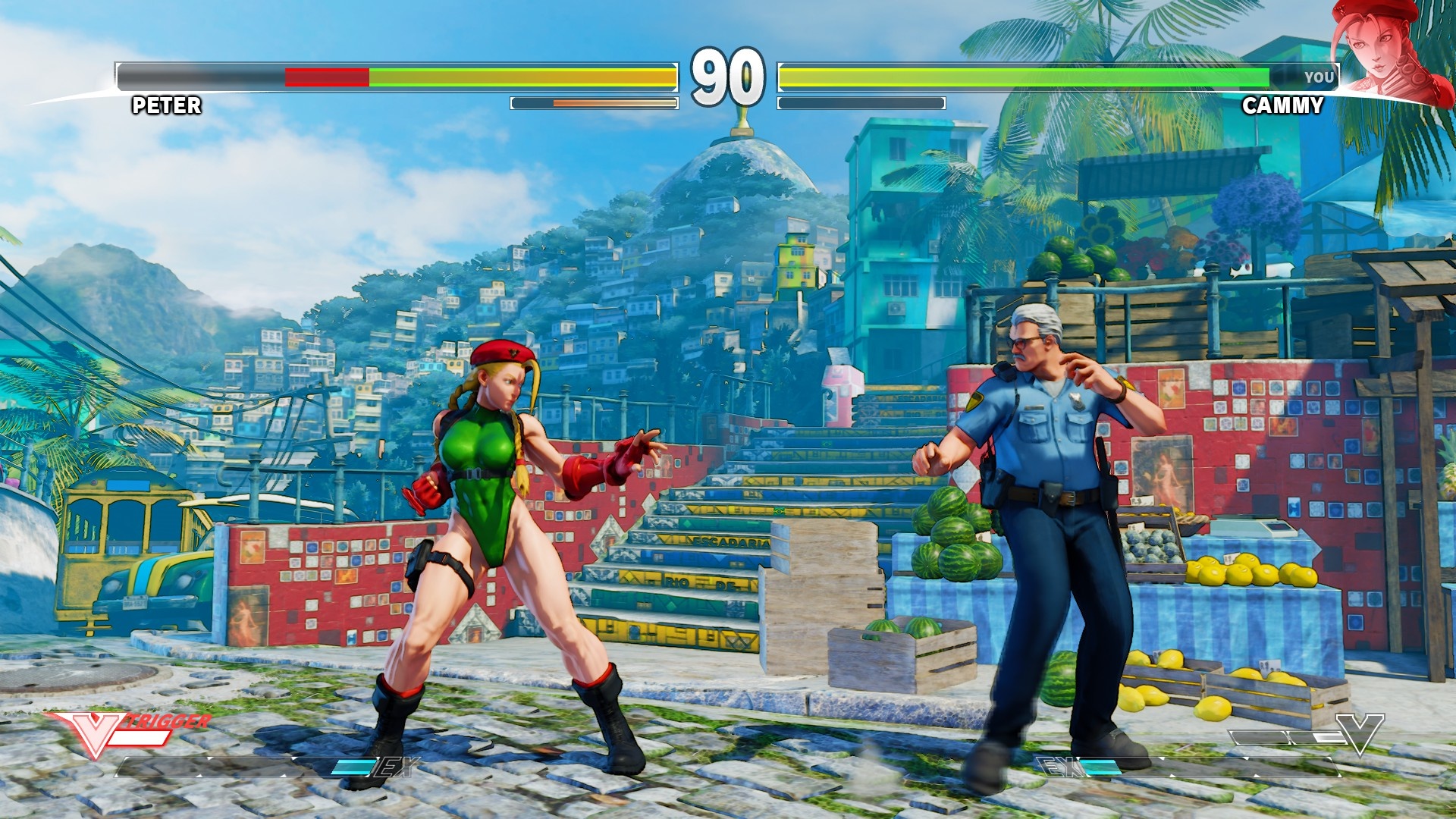 Everything uses in-game assets, and this has its pros and cons. Street Fighter runs at a solid 60 frames per second and its visuals aren’t as detailed as some other games to accommodate that. Its stages are small dioramas rather than actual locations, designed to primarily be seen from a flat 2D angle. Camera work does its best to hide this. Costume redesigns are presumably expensive work, so Rainbow Mika hangs out (metaphorically and almost literally) on the estate of one of Japan’s wealthiest families dressed in her ludicrously scant wrestling outfit. Only one character changes costume all the way through, in fact.

Most notable are the proportions. Street Fighter characters have exaggerated limbs in order to make animation clearer for players. When Ryu throws a punch, your opponent needs to clearly see his hand, so his hands are massive. This is fine in a 2D fight, but cinematic sequences suddenly betray this style’s uncanniness, especially on barefoot characters or those who have slender forms but the hands of a seven-foot man.

In other places the use of existing assets seems incredibly savvy. Stages are given multiple variations which are already being added to Versus Mode for additional value, and some all-new stages also appear that I fully expect will be ported over there given time.

There’s a number of no-name enemies you fight throughout the mode, each borrowing a move or two from existing characters. The Dolls, Bison’s crew of brainwashed assassins, are all based off Cammy. This actually makes sense as Cammy was once a doll herself, so they had the same training. Each has some subset of Cammy’s moves but then a number of original attacks of their own, making fights against each of them fairly unique without Capcom needing to build one-off characters that won’t be added to the full game. 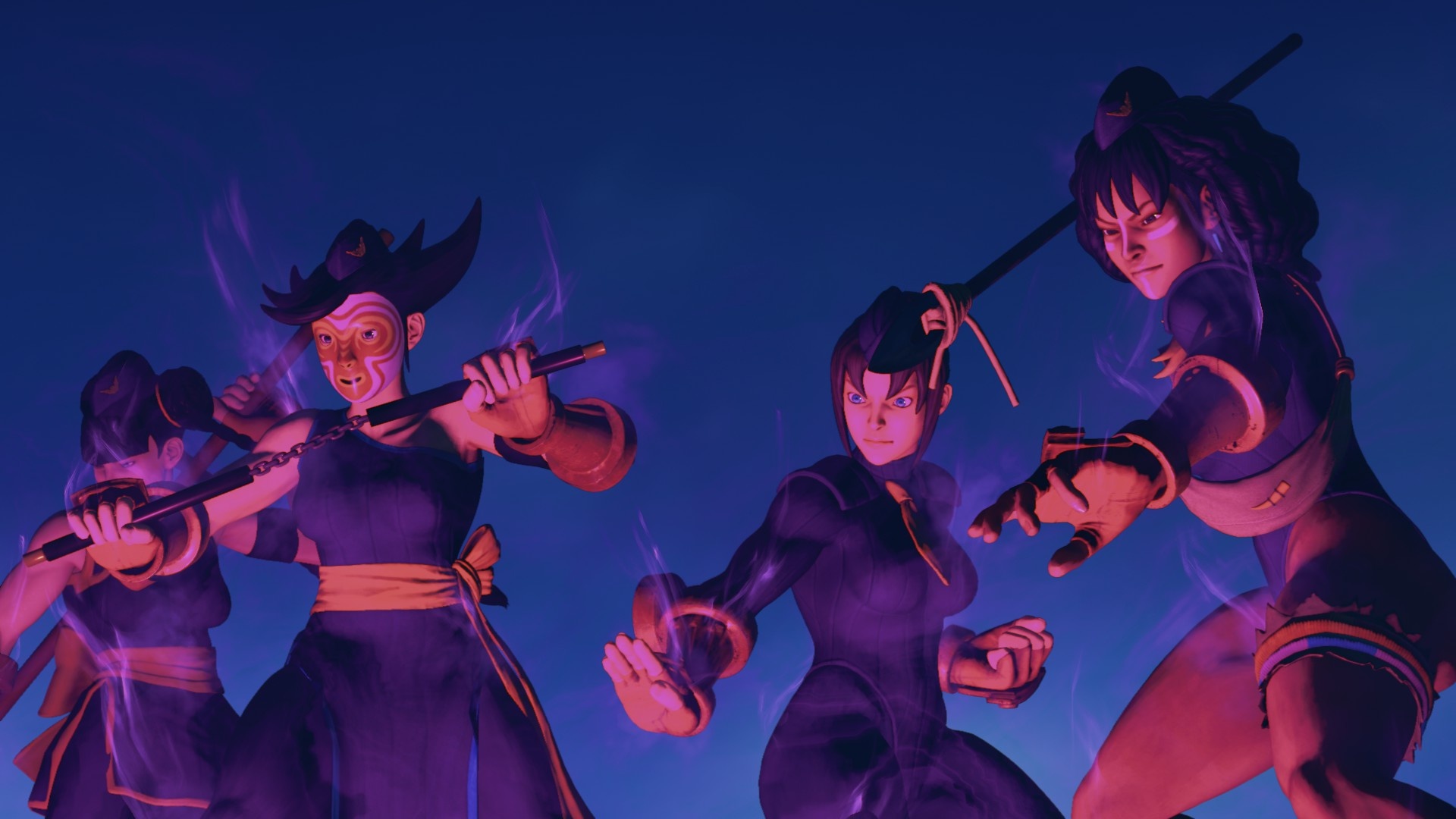 The story set up is pretty simple, and has a few key angles. M. Bison has a series of cataclysmic devices floating above the earth ready to wreak havoc. Guile’s mentor Charlie Nash (last seen in the Street Fighter Alpha prequel games) is bought back to life by a mysterious organization who stoke his desire for revenge on Bison, his murderer. Separately Necali, an ancient beast who devours the souls of fighters, has emerged.

Ryu is seeking a path to enlightenment in seclusion, but the other classic Street Fighter heroes are drawn together into a sort of Marvel’s Avengers style ensemble to try to stop M. Bison. Some of them, like Cammy, have conflicting loyalties. A decent narrative that’s filled with the sort of cringey tropes and dialogue one might expect from a Saturday-morning cartoon unravels from here on in. That’s no bad thing: that’s exactly what Street Fighter’s 1995 movie and cartoon were, and they’re bad, yes, but they’re also sort of good. Don’t go in expecting high art. Just as Mortal Kombat’s story is a hugely violent blood-fest, Street Fighter 5’s is a Saturday-morning anime and it’s not ashamed of it.

It’s here where Street Fighter 5’s story mode triumphs, in its little character moments. I’ve loved a lot of these characters for years. With where this story is set, it’s a transition piece. After the events of Street Fighter 4, but before the third game, which at the time was subtitled New Generation, since it jettisoned most of the old cast. 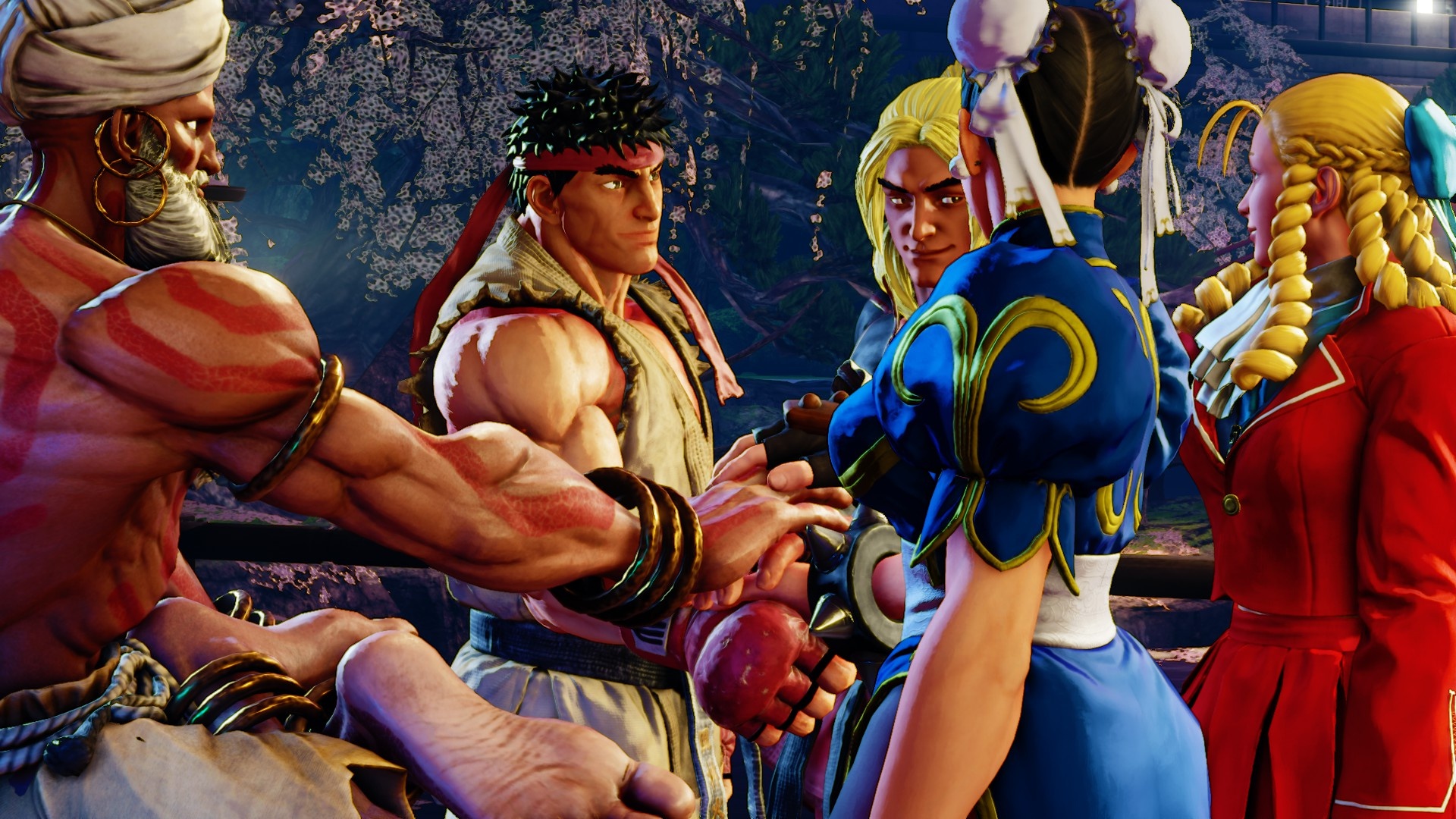 So you get a slightly older Ken who has a son to worry about, a chilled-out, bearded Dhalsim, and a Ryu on the cusp of conquering the character conflict that’s been central to him for decades. Some characters really come into their own with little screen-time. Juri’s a scene-stealer, Zangief is amazing (especially the bit with the sword), and Karin, a minor character up to this point, comes into her own as the Nick Fury to the world’s greatest fighters, dragging them together.

Others members of the cast are less successful and fade into the background, but it still must be said that the story mode does a solid job of making its crew of caricatures into likeable characters.

Capcom owes much of this to its extended universe. The dolls have been in the games in the past, but their country-of-origin based distinguishing features are something that I believe originated in the comics, and that’s what this really feels like. It’s a coming-together of some of Street Fighter’s non-game elements at last, bringing a surprisingly sprawling (and silly) universe into the games after over 25 years.

“It’s a coming-together of some of Street Fighter’s non-game elements at last, bringing a surprisingly sprawling universe into the games after over 25 years.”

My experience with the cinematic story is exemplified by Rashid. This new character is key to the story, but he never really clicked with me on release. After seeing the story, I like him a lot and he’s one of the most endearing and positive portrayals of a Middle Eastern character I’ve seen in games. The cinematic story did right by him.

Street Fighter 5 continues to ascend, then. It’s getting better with every update and is now a very compelling package. There’s still problems, however. We’ve got two more characters to go, and what’s becoming obvious is that the Fight Money system is a bit of a mess. You can unlock all free content by just playing, but it’s now plain to me that the balance of how much currency you earn is way too tight-fisted and the prices for things like character costumes in real cash is bordering on extortionate. 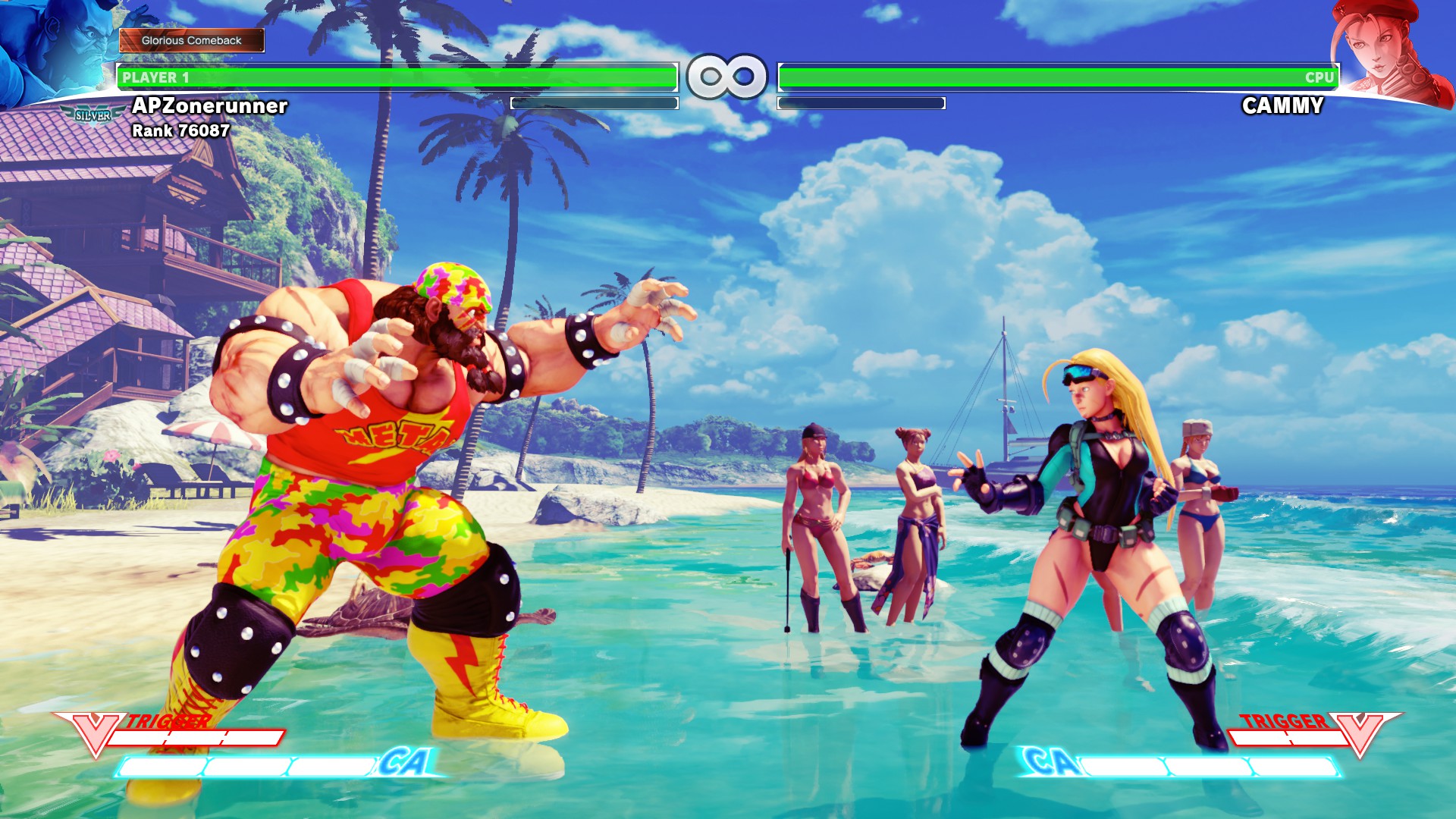 This is a difficult line to toe and Capcom has significant work to do before it gets this right. In other places the game is just unnecessarily grindy. The concept of playing survival mode for each character with each costume to unlock alternative colours is insane to me, especially when Street Fighter 4 gave colours out so freely. They can’t even be purchased in the in-game shop. Why they’re so heftily locked away is beyond me.

So… the story mode feels a little cheap in production value, it loads way too often, and it’s cheesy as all hell. But I enjoyed it. I put it on and didn’t move until it was done without a second thought. Street Fighter’s cast is iconic with good reason, and it’s exciting to see them unleashed in this context, free of the cringe-inducing too-serious attitude taken in many of its live adaptations, from the diabolical The Legend of Chun-Li to the enjoyable (but still too dour) Assassin’s Fist. This is back to basics corny plotting of the 1995 movie or cartoon. That, I’m convinced, is where Street Fighter’s story belongs.