Creative Assembly missed the chance to call the game Total Warhammer, so it’s making up for it by giving the Blood and Gore DLC the proper name. 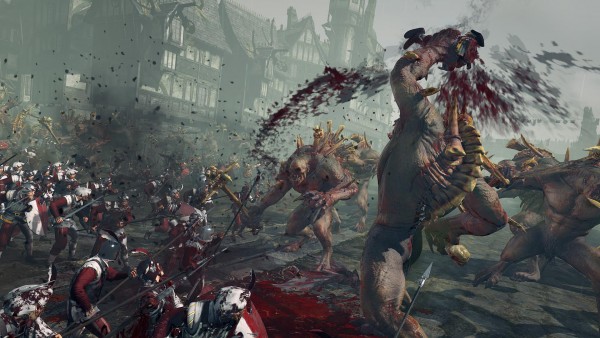 Like the many Total War games before it, Total War: Warhammer is now due for its Blood and Gore DLC.

This add-on usually becomes available for these games a few weeks after launch, and Warhammer is no different. Developer Creative Assembly has, however, chosen the perfect in-universe name for it: Blood for the Blood God – referencing a book of the same name about one of the Chaos god of war’s chosen.

The DLC brings a number of effects to the game, such as dismember and blood spurts.

Here’s everything it adds:

It’s priced $3 / £2. Once installed, you’ll find a toggle for it in the game’s Advanced Graphics Settings menu.