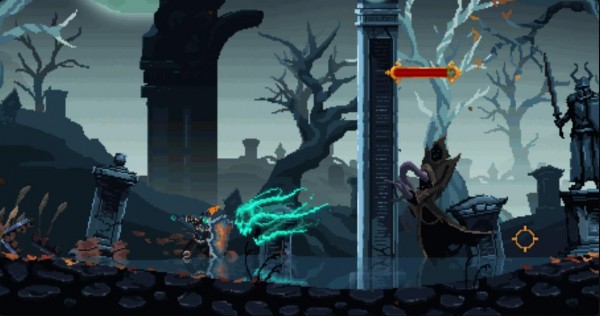 Death’s Gambit, the 2.5D action RPG from White Rabbit, has revived a new trailer to give us a fresh look at its Souls-like core.

In a post on the PS Blog, White Rabbit said that although the game will have plenty of weapons, some gameplay elements will be decided by your class choice, which also factors into your starting equipment and stats.

The bosses in the game, apart from looking cool, will return to life after you defeat them. You can still make progress in the story, but you have the option to go back and fight earlier bosses for better rewards.

The update also revealed another part of the Death’s Gambit theme of mortality. NPCs you come across will not always be immortal. Figuring out who’s who will affect the story.

Death’s Gambit is out this year on PS4.