Composer Keiji Yamagishi has teased the existence of a new Ninja Gaiden project, but later clarified it’s not a game. 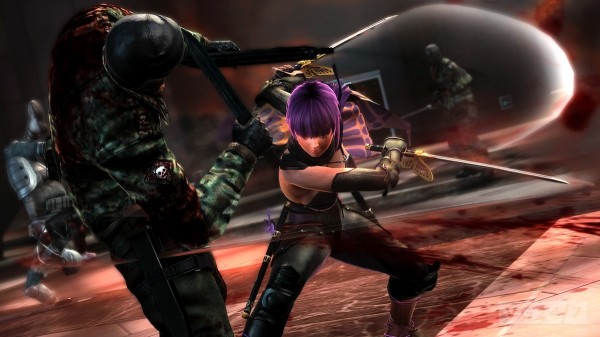 Yamagishi replied to his earlier tweet to clarify that this project isn’t actually going to be a new game. “I apologise for any confusion caused by this tweet. This new project does not relate to a new video game!,” he wrote on Twitter.

We still want to hear what it’s about, though, but we’ll just have to wait until July.

I apologize for any confusion caused by this tweet. This new project does not relate to a new video game!

Original story: Ninja Gaiden series composer Keiji Yamagishi has revealed on Twitter earlier that he’s working on a new project. Though he didn’t name it, he said it’s “related to Ninja Gaiden.”

Yamagishi was very careful not to say if the project is a game or something else, but he did promise to reveal more news in July.

I’m pleased to announce that I’m working on a new project related to Ninja Gaiden. I’ll be able to share more news in July! 😄

Yaiba: Ninja Gaiden Z is the most recent game in the series. It was a spin-off of sorts, offering a different approach to the original games’ methodical and challenging combat. Ninja Gaiden Z came out in 2014 to middling reviews.

Team Ninja, the studio responsible for some of the Ninja Gaiden games, is busy working on Souls-like action RPG Nioh, due for release later this year.