The next expansion for Final Fantasy 14 will be announced at October’s Fan Festival. 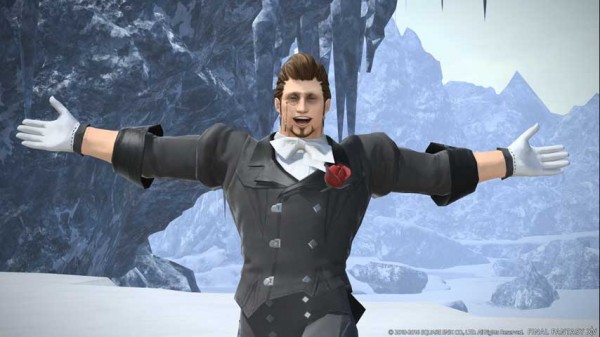 Final Fantasy 14 producer Naoki Yoshida has confirmed that the next expansion for the game will be announced at October’s Fan Festival in Las Vegas.

In an interview with Game Watch, translated by Silicon Era, Yoshida spoke about the upcoming patches and where they would take the story, now that the Dragonsong War has wrapped up.

When asked is players would visit an area other than Ishgard in patch 3.4, Yoshida answered, “If anything, I believe they [Ishgard] will be more involved with the Warrior of Light and the Scions, who helped end the war.”

On the subject of the 3.x series of patches, and how long it would continue for, Yoshida said, “We’ll definitely have up until Patch 3.5. I can’t say anymore than that.”

4.0 is looming and with the announcement of Heavensward back at the 2014 Fan Festival, Game Watch asked Yoshida for his comments on the 3.x series and the upcoming 4.x.

“Since there’d be spoilers, I can’t say anything about the story, but we’ll see more on it during Fan Festival announcements, and in a way through the main story,” he responded.

According to Yoshida, we can expect more tid bits on the story of 3.4, followed by announcements at the Fan Festivals in North America and Tokyo, then 3.5 news, wrapping up with a last announcement at the European Fan Festival.

Game Watch asked if patch 4.0 would be revealed at October’s Fan Festival.

“That’s right. This is a game that is supported by many players, so we’d like to share the biggest news together with the fans at the Fan Festival meetings.”