Games are gonna get salty for over 10 million players as Competitive Play rolls into town. 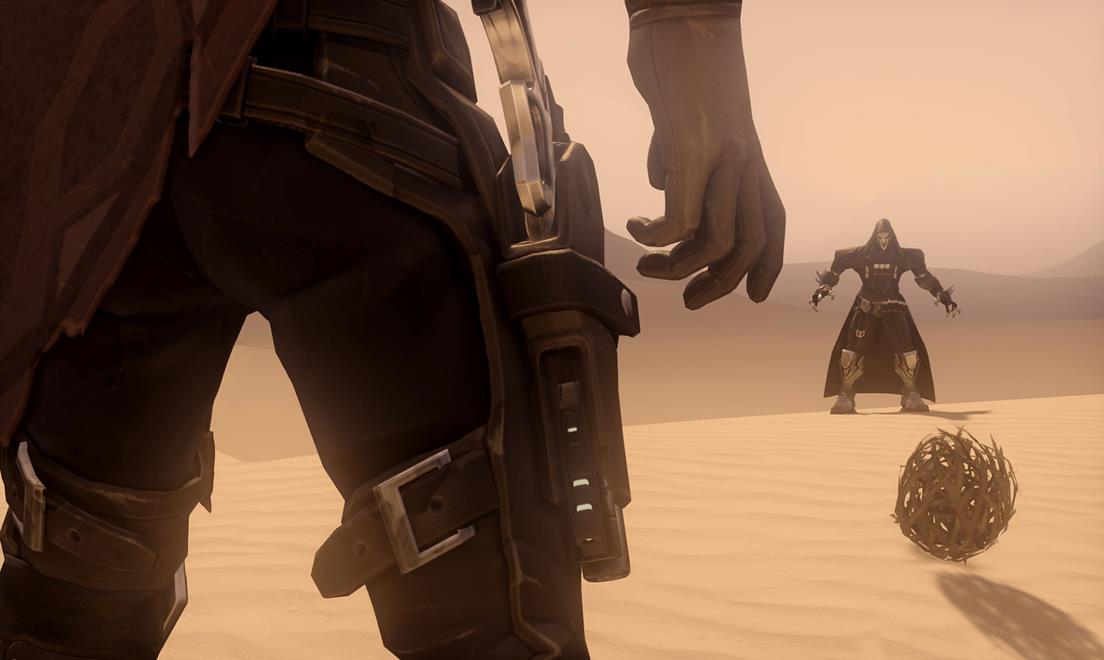 “The sea change brought by Competitive Play to Overwatch is that skill matters more than time served for the love of the game. The golden guns cannot be acquired for love nor money, they will only be earned through skill.”

Legends are already being born in Overwatch. Take Korea’s 17-year-old Gegury for example – suspected of cheating, in fact insanely talented. Until now, other than comparing usage stats on Master Overwatch, deeds have not been officially recognised. But after Competitive Play launches “later in June,” diehard players will know exactly where they stand.

So, we are already in late June. Where is Competitive Play mode? Still under scrutiny with PC players in Blizzard’s Public Test Region, where there appears to be some sort of hang-up. According to reports, the last crease to iron out has to do with Sudden Death rounds – even after Blizzard thought long and hard about what is right and fair, apparently it is still not. 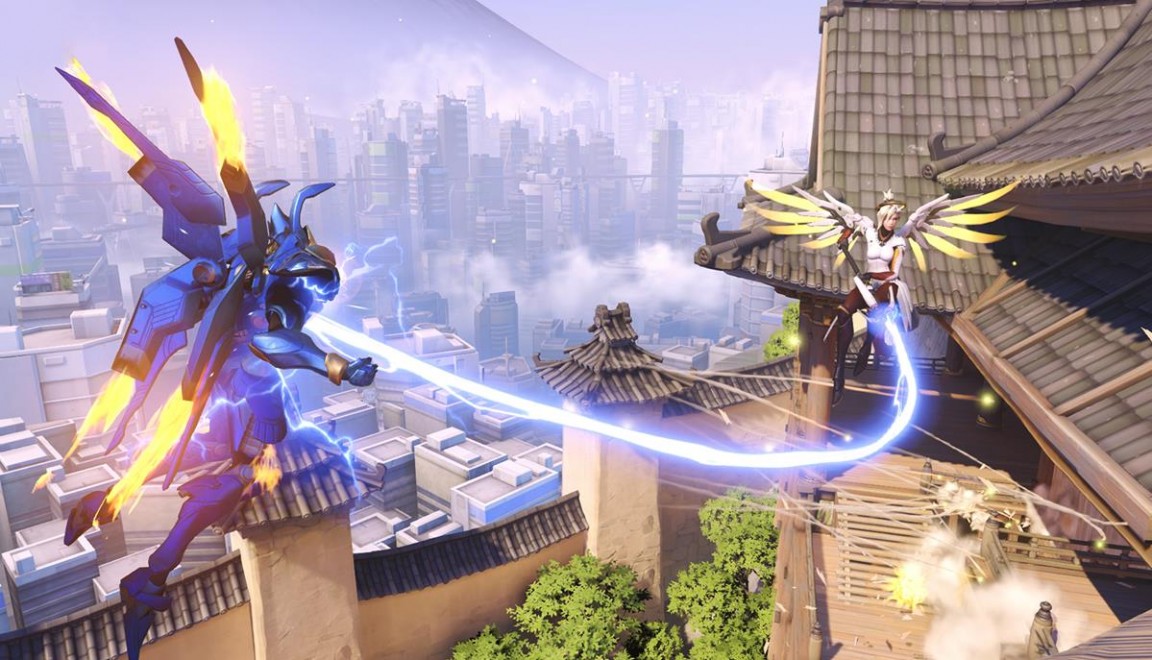 Back to Sudden Death. As Jeff Kaplan outlines during his recent “Let’s Talk Competitive Play” update, this rare tiebreaker round will now only kick in after a very closely contested match. Teams are returned to the same map for a deciding round, randomly assigned to Attack or Defend. Now, even that random toss of the coin is being deemed as discriminating to the team on the wrong end of the stick – some maps favour one or the other, Attack or Defend. Making matters worse, in Payload Sudden Death victory is decided at the first checkpoint. Again, some maps are considered tougher to Attack/Defend than others at this early stage.

In the “Let’s Talk…” video Kaplan invites players to feedback with concerns such as these. But from where we stand, it’s hard to think how Blizzard can fix the fundamental issue of Attack or Defend selection in objective based game modes. Teams have a 50/50 chance of being handed the role they prefer on any given map. Since we’re dealing with The Best of the Best, let’s see how you deal with it. You miss 100 percent of the shots you don’t take.

The sea change brought by Competitive Play to Overwatch is that skill matters more than time served for the love of the game. There will be rewards reserved for people who are, frankly, more capable than you. The golden guns cannot be acquired for love nor money, they will only be earned through skill, measured against millions of player performances. 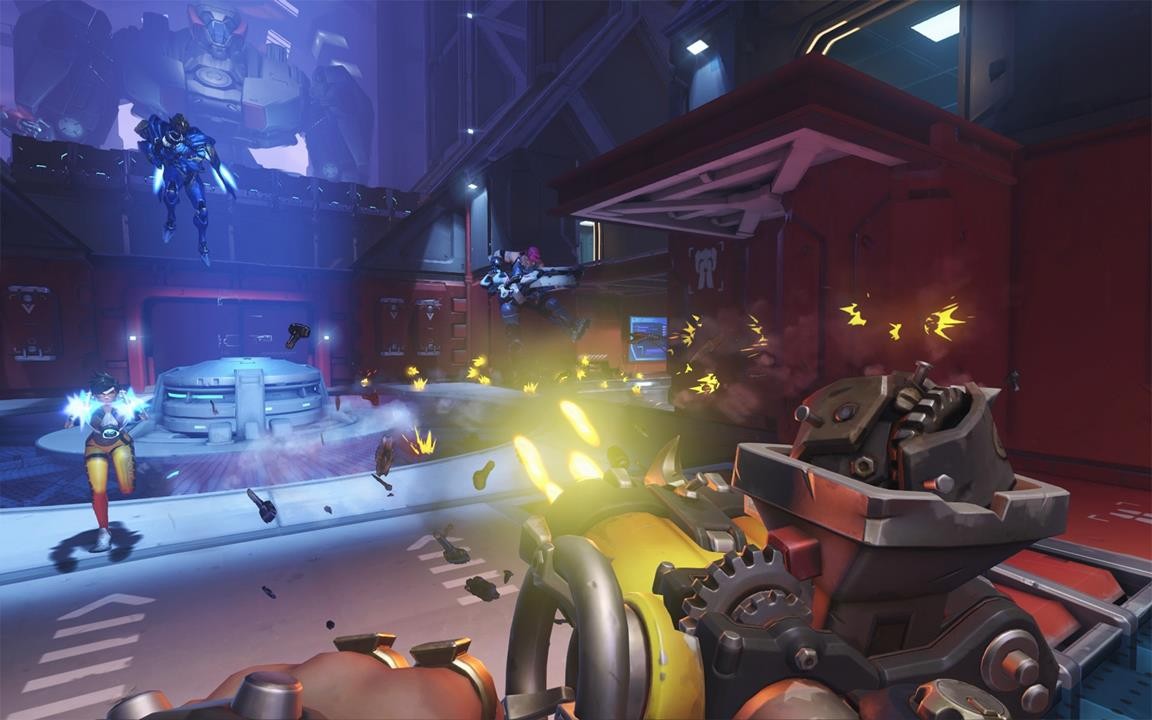 Right now, everyone is happy – hooked even – to the progression system, such as it is, in Overwatch. Everyone gets a Loot Box upon reaching every new Level. You’re guaranteed one Legendary (highest tier) item inside your Loot Box roughly every 10 Levels ‘achieved’. We’re all in this together. We can all have B.Va for D.Va eventually, and sooner for cash. Likely you’re getting invited into Groups because they need a sixth who’s willing to talk.

With Competitive Play, the guys who currently care enough to ‘git gud’ are likely all hitting the new game mode to fight for Sprays, Profile Icons and other cosmetics that can only be earned during this End Game activity. Their spoils will have nothing more to do with RNG, and will be directly affected by players on the same team. Whichever way they (or you) choose to handle success, it can no longer involve carrying the nice guys on your Social list. Being left out owing to your tendency to perform badly is going to happen.

Somewhere along the line, the feel-good factor of Overwatch – one of its greatest strengths – is going to take a hit for casual players. Sure, you’ll continue to win some, lose some but the desire to return for more chaotic encounters in exchange for a random Loot drop once in a while is likely to diminish. Anybody can Prestige in Call of Duty, even if their skill level lengthens the time it takes to acquire the XP. Not everybody can be Heroic in Overwatch. 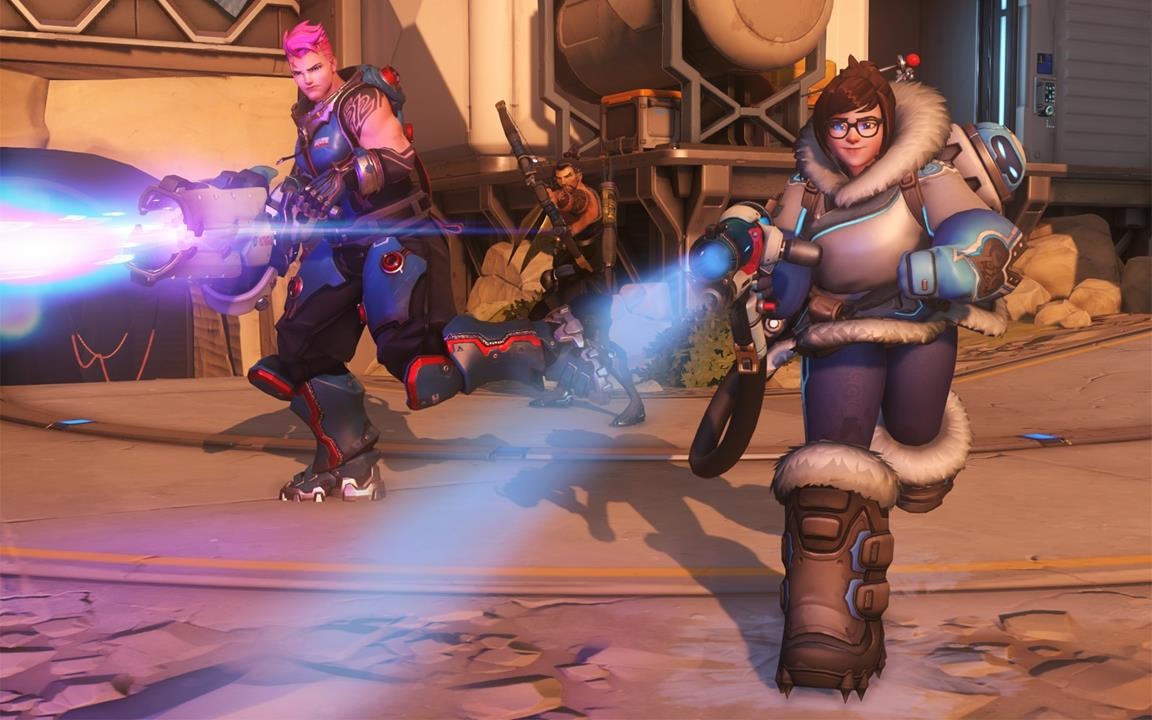 There is going to be such a high level of seriousness focused on every aspect of Overwatch in the coming weeks: Individual Skill Ratings shown before every match, Team Average Skill Ratings too so that everyone knows what’s at stake. For kudos, for honour, the biggest thrill of playing Overwatch will be found in Competitive Play after it has been introduced which puts pressure on Blizzard to bounce along those of us that simply don’t need all that stress.

“Whichever way you choose to handle success, it can no longer involve carrying the nice guys on your Social list. Being left out owing to your tendency to perform badly is going to happen.”

Perhaps the Overwatch grind needs to pick a card from the Hearthstone deck, rewarding simple cosmetic changes according to Level milestones, encouraging players to ‘master’ each Hero. People like to play for a reason, which is usually having something to show for their efforts. Outside of Competitive Play, Overwatch is now clearly lacking in this area.

Or, it could be that the ideal scenario transpires in which everyone playing Overwatch is encouraged to group up and enjoy the rock-paper-scissor strategising happening on the fly. You’ll assemble regular teams comprising players from a much larger roster of friends, and together you’ll aspire to those exclusive rewards brandished by the Competitive Play elite.

Right now, ongoing balancing issues aside, the Overwatch package of 21 heroes and 12 maps is perfectly primed for the arrival of Competitive Play. How this continues to evolve under scrutiny from players that never see something small as insignificant, and demand that their rewards for major achievements are substantial and enduring, well, this has to be Blizzard’s headache. Keeping Overwatch enjoyable for everyone, that’s going to be tough.

Are you looking to get ranked in Overwatch, or just happy to hang out and shoot fools? Let us know in the comments below, we’re interested to know.