The new Afro Samurai game is available today on PS4 and PC. The game is also coming to Xbox One on October 13. This volume is the first of three, and each one will focus on different characters and fighting styles.

The game follows on from the first Afro Samurai, released on PS3 and Xbox 360. It focuses on bear-headed cyborg Kuma, who is on a quest for revenge against the eponymous Afro Samurai.

If you order the whole series upfront on PlayStation 4, you can save between 20 and 30% on the individual prices of each volume.

Publisher Versus Evil released several new screenshots from the game to celebrate launch, which are available in the gallery below. 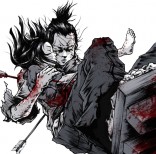