StarVR is the new virtual reality headset on the market by Starbreeze Studios. Starbreeze Studios, developers of The Chronicles of Riddick and the Syndicate reboot, have unveiled StarVR, their new virtual reality headset.

The headset is aimed at the highest end of PC enthusiasts, and comes with the technical specifications to match it. First, StarVR has dual 5.5 inch LCD displays, boosting a 5120×1440 resolution, higher than any of the available headsets.

Starbreeze intends to be the first publisher to develop both VR hardware and VR software. The publisher’s proprietary engine, Valhalla, will support Steam OpenVR framework. Games based on said engine will be published on Steam.

The headset was demoed at the show using Overkill’s The Walking Dead, Pat played it and has some mixed reactions.

Watch the announcement and a few pictures of the headset below: 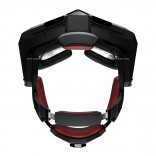 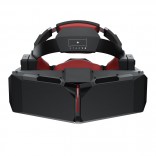 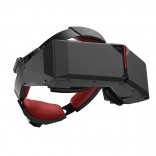