Watch Dogs Bad Blood is new DLC for the game coming September 23 for season pass holders and September 30 for all other players. The DLC features a new story story campaign starring a playable T-Bone, and explores his backstory through 10 new missions set in new locations throughout Chicago.

Here’s the story behind the DLC per Ubisoft:

Shortly after the events of Watch_Dogs, Raymond “T-Bone” Kenney infiltrates Blume one last time to plant a false trail in their system. Before he can disappear from the grid, he receives a panicked phone call from Tobias Frewer, a former colleague from Blume’s ctOS prototype days, who’s in desperate need of help. Putting his own escape at risk, T-Bone decides to help, but quickly realises the details of his old friend’s story aren’t adding up.

Bad Blood also comes with Street Sweep Contracts which are side missions with various challenges.

All Street Sweep contracts are playable in co-op with pals or in public sessions and online Hacking and Trailing modes as well as the ctOS Companion App are also fully playable as T-Bone.

That’s not all either: it comes with exclusive weapons, perks and outfits, including the remote-controlled car Eugene, which is T-Bone’s latest creation that can be upgraded “with both offensive and defensive perks.”

Those who have the Season Pass will be granted early access to Bad Blood and those who buy the pass will also be handed the Access Granted Pack and the ‘Conspiracy’ Digital Trip. 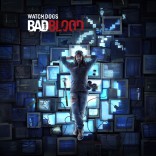