Titanfall’s Expedition update releases next month, and the official website has been updated to include details on the upcoming content.

Respawn details the War Games map, which is based in a virtual world where Pilots compete in simulated environments of Angel City, Rise and Airbase Sierra and is conceptualized as a “parkour playground”.

As previously reported, the other two maps are called Swampland and Runoff. Swampland is set in alien ruins and allow players to wallrun on trees. Runoff will feature water.

The Expedition DLC is included with the $25 Titanfall DLC Pass or can be purchased separately for $10 on PC, Xbox 360 and Xbox One.

Check back for screens momentarily. 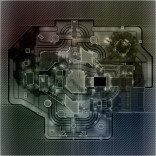